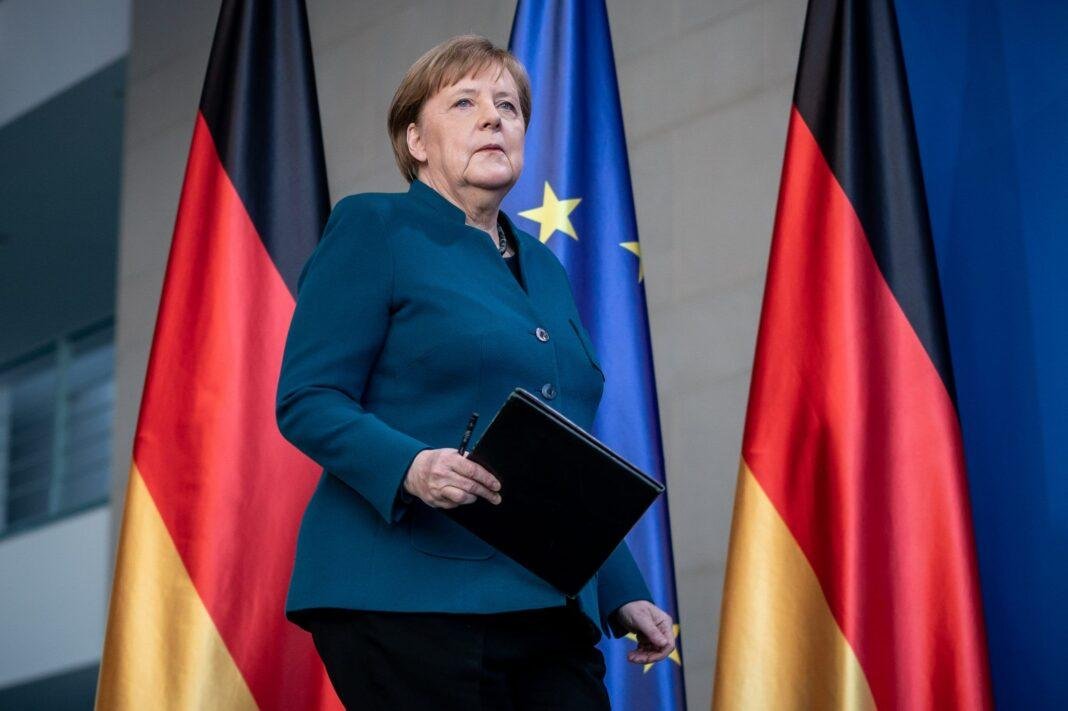 Germany has set out a roadmap for cautiously lifting coronavirus lockdown measures, while in the U.K., the government is set to extend the country’s lockdown, amid growing calls for an explicit exit strategy.

Germany announced Wednesday that small shops (with a retail space of below 800 square meters) will be allowed to re-open from Monday April 20, as long as hygiene and social distancing measures are in place, according to public broadcaster Deutsche Welle. In addition, larger car dealerships, bike shops and book shops can also reopen.

Schools in the country will open their doors on Monday May 4 giving priority to students that have to take exams.  Large, mass gatherings will remain banned until August 31, however. A decision on lifting restrictions on social venues, such as restaurants and bars, is expected to be taken at a later date.

“We have to proceed with extreme caution,” Chancellor Angela Merkel told reporters in Berlin Wednesday, warning that the country is “walking on thin ice.”

Germany has been praised for its handling of the coronavirus crisis; it has over 127,000 confirmed cases of the virus but has seen a fraction of the deaths reported in other western European nations. Its death toll is currently at 3,804, according to data collated by Johns Hopkins University, in contrast to Italy’s 21,645 and Spain’s 18,812.

The German response to the outbreak has included widespread testing and contact tracing, as well as a lockdown imposed on March 22 — factors which appear to have prevented its robust healthcare system being overwhelmed.

While Germany can see light at the end of the tunnel, the U.K. appears to be in a far more confused state. There is criticism mounting over the government’s handling of the crisis, given a comparatively small amount of testing, and a lack of personal protective equipment.

Dominic Raab, who is deputizing for Prime Minister Boris Johnson while he is recovering from a serious case of Covid-19, is meeting government ministers Thursday, and is chairing a meeting of its emergency response committee.

It’s widely expected that the country’s lockdown will be extended for three weeks, amid stark warnings that the U.K> could end up being the worst hit country from the coronavirus in Europe.

The U.K.’s top medical expert stated Wednesday that the country is probably seeing its peak of the virus (the death toll currently stands at 12,868 in British hospitals, with 761 daily deaths reported Wednesday), but it is too early to consider lifting lockdown measures that have been in place since March 23.

“Our view is that it is probably reaching the peak overall,” the U.K.’s chief medical adviser Chris Whitty said at the government’s daily news conference Wednesday.  “We are not yet at the point where we can say confidently and safely ‘this is now past the peak and we can start thinking very much now about the next phases’.”

The U.K. is not alone in its caution; France too has extended its lockdown until May 11. But the U.K. does appear to be behind its European peers with regards to a robust testing regime, which could allow the identification of those that are safe to return to work, and those that are not.

In comparison, German Health Minister Jens Spahn said at a press conference last week that Germany was carrying out 100,000 tests per day.

Some economists, including JP Morgan’s David Mackie, believe that exit strategies need to include “age-and morbidity-related restrictions,” which could enable a significant proportion of the workforce return.

“As long there is limited interaction between those aged 60 or above, and those with relevant co-morbidities and the rest of the population, this should allow economic activity to recover, social welfare to improve, herd immunity to increase while also limiting pressure on healthcare systems and fatalities,” he said in a note Wednesday.

“This may ultimately protect the old, and those with morbidities, more quickly than the arrival of a vaccine. This strikes us as a pretty good second-best policy in the absence of an ability to test widely. It is not perfect, but it may be the least bad outcome.”