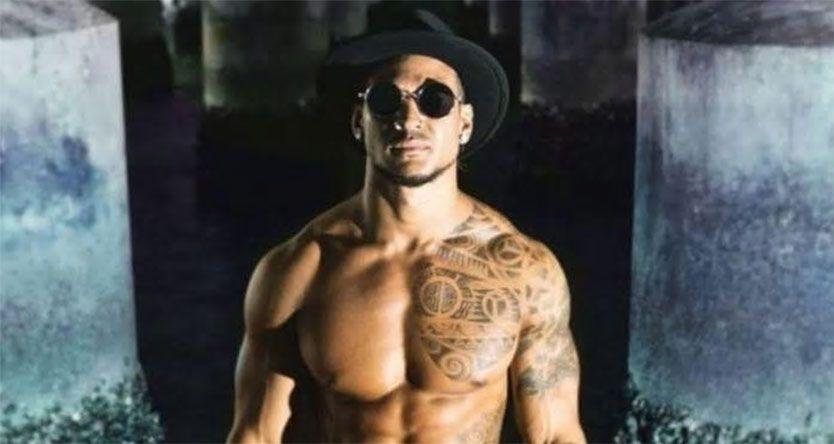 The death of the Gold Coast actor Johann Ofner while filming a music video for Australian hip-hop group Bliss N Eso has prompted tributes from grieving friends as police investigate the role of prop firearms in his fatal wounding.

Ofner, 28, an experienced stuntman whose showreel is dotted with dangerous physical feats, died from chest wounds on set in Brisbane on Monday after acting in a scene in which police said several prop guns were fired.

Police and Queensland Workplace Health and Safety are investigating whether there were problems with ammunition and how the weapon was used. Their findings will be handed in a report to the coroner.

Ofner, a father of one whose acting profile lists him as a specialist in risky stunts and martial arts, was due to star in an upcoming reality television series, Australian Ninja Warrior.

Bliss N Eso, who were not on the set at the time of the tragic apparent mishap, had put out a casting call for aspiring actors to appear in the clip for their song Friend Like You, with the shooting scenes taking place inside a rented inner-city bar, Brooklyn Standard.

The video was to be an apparent parody of gangster imagery in hip-hop – an image that couldn’t be further from Bliss N Eso’s own – with the call for “a diverse range of people of all ages and cultural backgrounds”.

The lead role was to be a teenage Asian boy, with a supporting cast including older males of “mixed ethic backgrounds” and “a tough, serious, gangster look”.

Acting hopefuls were invited to contact the Gold Coast-based production company The Dreamers about a role in filming that would take place around the Gold Coast and Brisbane.

A video posted to Ofner’s Instagram account on Monday before his death, titled “gun scene for Bliss N Eso”, depicted a shotgun and other weapons on a table with money and gambling chips, along with the joking caption “faulty props”, the Courier-Mail reported.

The video appeared to have been removed on Monday night.

Friends of Ofner posted messages of grief and shock to his Facebook page in the hours after his death. “I hope we wake up tomorrow and this is a horrible nightmare,” one woman wrote.

“You are one of a kind yogs and the world couldn’t handle what you had in store for it! The drive and positivity you instilled in people was like no one else I’ve met, you had a knack for seeing the bright side of everything in life. So glad I got to hug you yesterday. You will live on through your beautiful daughter and we will make sure ur dreams stay alive xx.”

Another man wrote: “You inspired me to be better. You had a kind heart and loving spirit and a rig that had every bloke on burleigh causeway needing to do a double take. Much love goes to all your family and friends at this difficult and confusing time. You will be missed but your legacy you created will live on forever. Love you bro.”

Inspector Tom Armitt told reporters in the hours after the death that “several firearms were discharged during the scene by several actors” but he would not comment on whether a safety officer had been legally required on set.

Armitt said any sudden death investigation would be treated as a criminal matter “until proven otherwise”.

The Media, Entertainment and Arts Alliance, of which Ofner’s acting profile lists him as a member, offered its “deepest condolences” to his family and friends, and all who were affected on set.

An MEAA spokeswoman, Zoe Angus, said: “This tragedy is a stark reminder that the screen industry is inherently dangerous and of the need for total vigilance about workplace safety at all times on set.”

Bliss N Eso are one of Australia’s most successful hip-hop groups, having released five albums including Running on Air, which debuted at No 1 on the Australian Recording Industry Association chart in 2010.

The group said in a statement said they were “incredibly saddened” by Ofner’s death. “The three of us are extremely upset and shaken up by this and our hearts and prayers go out to the victim’s family and friends as well as the cast and crew who were involved in the clip,” they said.

“We were not on set at the time and our management team are currently working with the police and the production company filming the video to get more details.”