Four US tourists and pilot killed in Australian plane crash 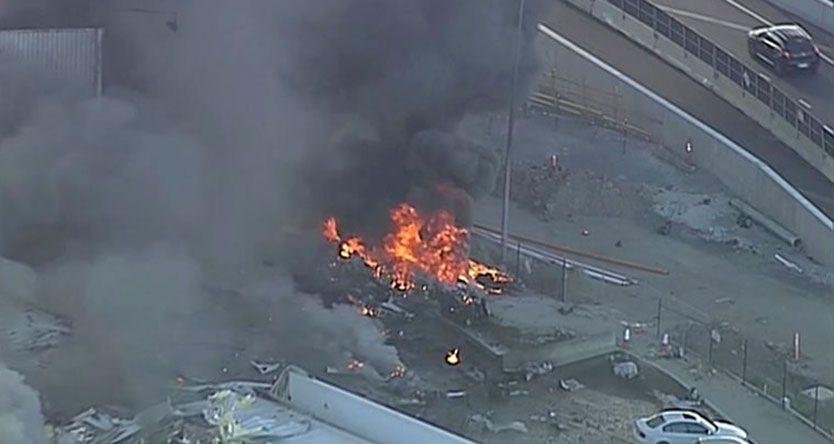 The U.S. Embassy in Canberra confirmed that four victims were U.S. citizens. Texans Greg Reynolds De Haven and Russell Munsch have been identified by their families on social media as two of the victims.

An Australian pilot and four American tourists on a golfing vacation were killed when a light plane crashed in flames into a shopping mall on Tuesday shortly after takeoff in the Australian city of Melbourne, officials said. The five were on a twin-engine Beechcraft Super King Air that crashed about 45 minutes before the Direct Factory Outlet mall in suburban Essendon was to open, Police Minister Lisa Neville said. The U.S. Embassy in Canberra confirmed that four victims were U.S. citizens. Texans Greg Reynolds De Haven and Russell Munsch have been identified by their families on social media as two of the victims.

De Haven’s sister Denelle Wicht posted on Facebook that her 70-year-old brother had been killed “on a once in a lifetime trip to Australia” with friends. The pilot was Max Quartermain, owner of the charter company Corporate and Leisure Travel. The plane had taken off from Melbourne’s second-biggest airport at Essendon for a golfing trip to King Island, 255 kilometers (160 miles) to the south, officials said.

The mall adjoins the airport. Police Assistant Commissioner Stephen Leane said no one outside the plane was injured. “Looking at the fireball, it is incredibly lucky that no one was at the back of those stores or in the car park of the stores, that no one was even hurt,” Leane said. The pilot reported a “catastrophic engine failure” moments before the plane crashed into a storage area at the rear of the mall, police said.

Police and paramedics rushed to the crash site, where firefighters doused the flames. A witness who gave his name as Jason told Australian Broadcasting Corp. he was passing the mall in a taxi when the plane crashed. “I saw this plane coming in really low and fast. I couldn’t see the impact but when it hit the building there was a massive fireball,” he said.

“I could feel the heat through the window of the taxi, and then a wheel – it looked like a plane wheel – bounced on the road and hit the front of the taxi as we were driving along,” he said.