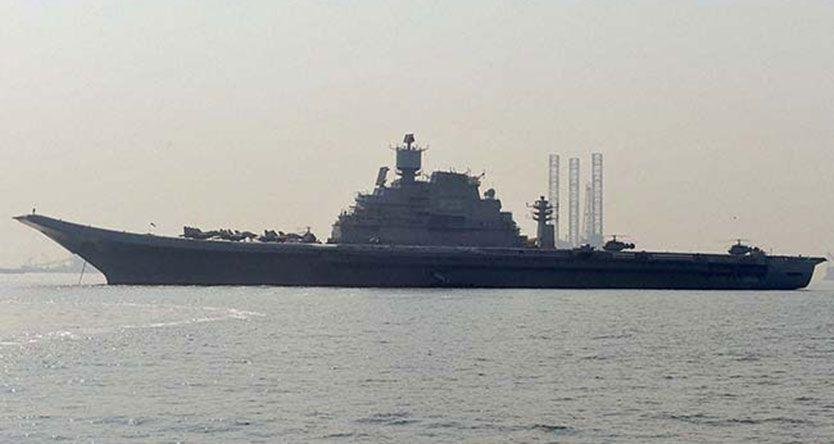 NEW DELHI: The Navy has carried out a mega exercise which saw participation of its strategic assets including nuclear-powered submarine and aircraft carrier INS Vikramaditya, besides Su-30 and Jaguar fighter jets of IAF.

The Theatre-level Readiness and Operational Exercise (TROPEX) was conducted to test combat readiness of the combined fleets of the Navy, the Air Force, the Army and the Coast Guard.

The aim of the month-long exercise, which was carried out across the vast expanse of the Arabian Sea and the North Central Indian Ocean, was to test the combat readiness of the forces to deal with any possible threat.

“The exercise provided an apt-opportunity to test the combat capability of the Indian Navy, Indian Army, Indian Air Force and Coast Guard, and strengthened inter-operability and joint operations in complex conflict situation,” the Defence Ministry said.

Over 45 ships from both the Western and Eastern Naval Commands, five submarines including the nuclear powered Chakra, 50 Naval aircraft, 11 ships from the Coast Guard, troops from the Army and 20 aircraft from the Air Force including Su-30s and Jaguars participated in the exercise from January 24 to February 23.

“The exercise, in complete coordination with the Army and Air Force, was conducted in phases to test the various facets of war-fighting and joint combat capabilities of the armed forces to respond to given threat situations,” the Ministry said.

It witnessed various weapon firings by ships, submarines and aircraft from both the Navy and the Air Force. The Ministry said the interaction of the forces helped validate operational war fighting concepts and provided valuable lessons to sharpen combat skills.