For the first time in a decade the five planets Mercury, Venus, Mars, Jupiter and Saturn will align 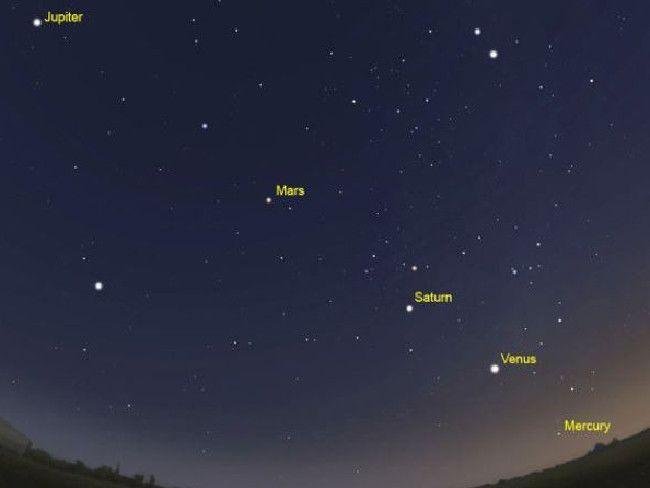 FOR the first time in a decade, stargazers can spot the five planets Mercury, Venus, Mars, Jupiter and Saturn at the same time.

But it will be an early start for stargazers, with Associate Professor Charley Lineweaver telling ABC the planets will be best viewed just before sunrise over the next week.

Tanya Hill, Honorary Fellow of the University of Melbourne and Senior Curator (Astronomy), Museum Victoria said to get the best view try and get to a clear open space where you can see from the north all the way across to the eastern horizon as reported in The Conversation.

Hill said the line formed by the planets in the sky closely follows the ecliptic, the apparent path of the sun against the background stars. This path marks the plane of our solar system and is visual proof that the planets, including Earth, all orbit the sun on roughly the same plane.

And in case you miss it don’t despair, this August the five planets will be together again, visible in the evening sky.