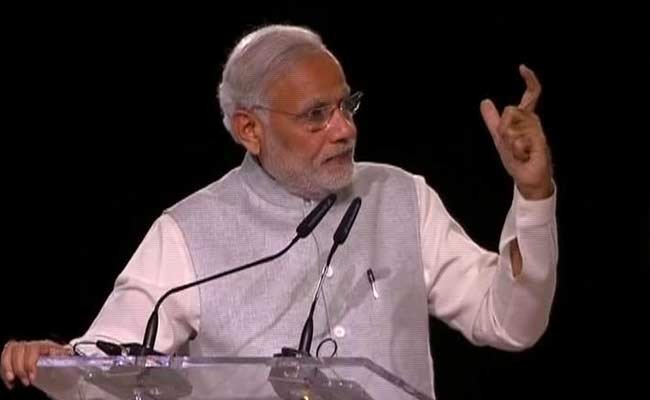 New Delhi:  Prime Minister Narendra Modi invited his Council of Ministers for a “Chai pe charcha” today, in which he asked them to go to the people and tell them about the opposition’s “stalling tactics” in Parliament, which is holding up bills crucial to the nation’s development.

He said the government has done enough in the last 18 months and instead of getting rattled by opposition attacks, the ministers should highlight the achievements, sources told NDTV.

The NDA government has had a rough winter session till now. From Day One, the Opposition has targeted the government over issues ranging from minister General (Retd) VK Singh’s controversial Dalit remark to the developments in the National Herald case.

A minister said: “The Prime Minister asked each minister to visit the field much more than they have been doing. He said it is important to create a greater connect with the public and explain what the government is doing and what’s been happening in Delhi.”

The ministers, a source said, have been asked to start visiting constituencies from the second week of January.

Looking ahead, he also asked the ministers to generate better feedback from the ground, especially from the poorer sections of the society, to provide inputs for the next budget.

Addressing the ministers, PM Modi told them that the government, in the last 18 months, has done enough and they should not worry about the political future.

Quoting data from the MUDRA scheme, PM Modi, according to a source, said, “The government’s scheme has benefitted 70 lakh people, 80% of whom never received a loan.”

The PM’s advice to generate feedback from the poor comes in the wake of a sustained campaign by the opposition Congress that the government’s focus is on the rich.

PM Modi is also said to have cautioned ministers against making controversial remarks. A minister said, “The Prime Minister was giving a broad hint when he said that all ministers must stick only to the development agenda.”

The winter session of Parliament ends on December 23 and the opposition Congress has given enough hints that it is not interested in helping the government on crucial legislations like the Goods and Services Tax Bill. The opposition’s tirade has been fierce especially in the Upper House, where its strength is decisive.