Flu is coming – So what we need to know? 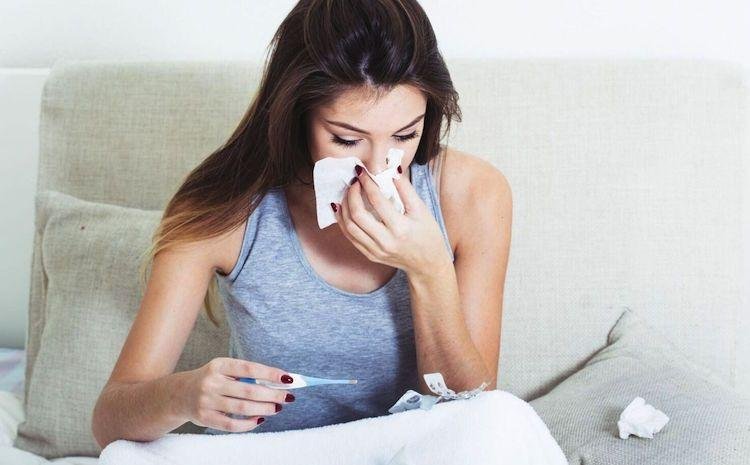 Colds are very common.  They affect the nose throat and upper air ways Children may get 5-10 colds or more a year, while adults may get 2-4 colds each year depending on the weather and some allergy. The . symptoms. include coughing, mild fever, sore throat, sneezing, blocked or runny nose and general congestion. They usually last for 3-5 days and settle with natural treatments home remedies and rest.
The Colds are caused by about   180 to 200 different viruses and there is no vaccine for a cold. The flu is a typical viral infection affecting mostly like the cold, your nose, throat and sometimes your lungs.  upper and lower   air ways. Typical symptoms of flu include fever, mild to moderate sore throat and muscle aches.  Muscles ache all over the body. which sometimes linger for few days.
Flu symptoms tend to be more severe and last longer than those of a cold. The flu can also lead to complications, such as pneumonia, in children and aged and fragile people, which can sometimes lead to death.
Three different types of influenza viruses infect humans – types A, B and C. Only influenza A and B cause major outbreaks and severe disease. These outbreaks usually occur during winter times all over the world.
Countries like India and other tropical countries it is called Dengue viral illness. It is associated with mosquito bites and other viruses. There is a delay in the availability of this year’s flu vaccinations due to producing the so called a “super vaccine”. But this vaccine is best to protect yourself against flu this year. The New Vaccines is called Flu Quadri (inactivated Quodrivalent influenza Vaccine). This Vaccine offers protection against the four most common circulating influenza viruses namely A/Hini, A/H3n2, BHyamagata and Bvictoria.  This vaccine can be given from the age of six months
Shape.
At risk groups who can access the vaccine for free as part of a public immunization program, will now have a much tighter window in which to get their jab before the time when flu usually peaks in Australia, around June or July. That’s because the vaccine stocks the Government uses for the public program have been delayed for more than a month as manufacturers scramble to prepare this year’s vaccine, which contains two new strains.
Who are At-risk groups?

The National Health and Medical Research Council recommends the following groups should be vaccinated against influenza:
– People aged 65 years and over
– Aboriginal and Torres Strait Islander people aged 50 years of age and over
– Anyone over 6 months of age with any of the following chronic illnesses:
– Heart conditions and lung illness like asthma chr. bronchitis
– Diabetes (and other chronic metabolic diseases)
– Kidney disease
– Impaired immunity
– Chronic neurological conditions including multiple sclerosis and seizure disorders
– Haemoglobinopathies (a range of genetically inherited disorders of red blood cell haemoglobin)
– Pregnant women
– Residents and staff of nursing homes,
– All medical doctors

Good hygiene is one of the most important ways to help prevent colds and flu.  washing your hands covering your nose and mouth if you have flu. stay home and drink plenty of warm drinks.

Other ways to help prevent flu can include antiviral medicines, although these are only recommended for preventing flu if you have been exposed to the flu in the previous two days. Most common is Tamiflu capsules taken for seven days. Antibiotics only work for bacterial infections so they won’t work for colds and flu which are caused by viruses.
So, if you are feeling concerned about any symptoms of a cold or flu, then see your doctor as soon as possible.