I am floored at Virat Kohli’s praise of my bowling: Mohammad Amir 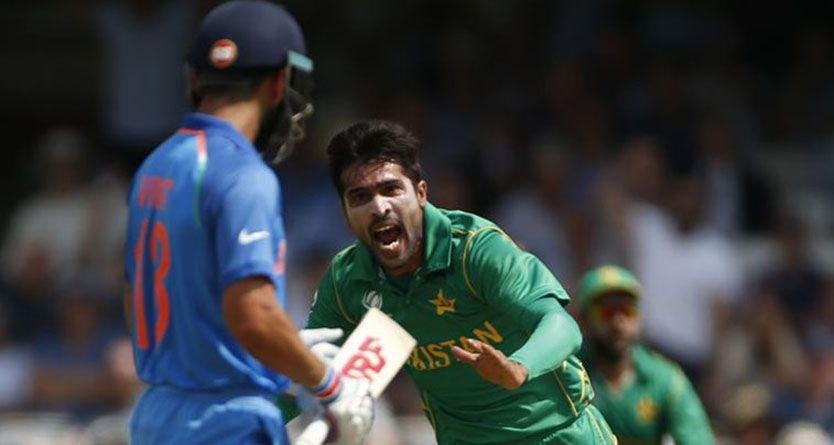 Mohammad Amir also said that the gesture by Virat Kohli to present the bat is an evergreen memory for him.

After Indian skipper, Virat Kohli deemed Pakistan pacer, Mohammad Amir as one of the best pacers he has ever come across, the left-arm pacer has returned the compliment by saying that it is a great gesture by Kohli. Amir has consistently troubled Kohli with his pace and swing and in the final of the Champions Trophy had once again bagged his wicket.

Appreciating Kohli’s comments, Amir said, “It is a great gesture on his part to praise someone and I am floored at his praise of my bowling. The way he presented me with the bat in Kolkatta (during ICC World Twenty20 last year) is an evergreen memory for me,”

“The world knows Kohli is the best. You have to give your best against him. If you give him a chance he takes away the game, like he did in the Dhaka Asia Cup game,” he added, while speaking to Wisden India. “You become a better bowler when you bowl well against a batsman like Kohli,” concluded Amir.

Earlier, in a chat show, Kohli had spoken about his experience of facing Mohammad Amir and said, “He is in the top two or three bowlers in the world and the toughest bowlers I have played in my career. You have to be on your ‘A’ Game when you’re facing him or he will strike.”