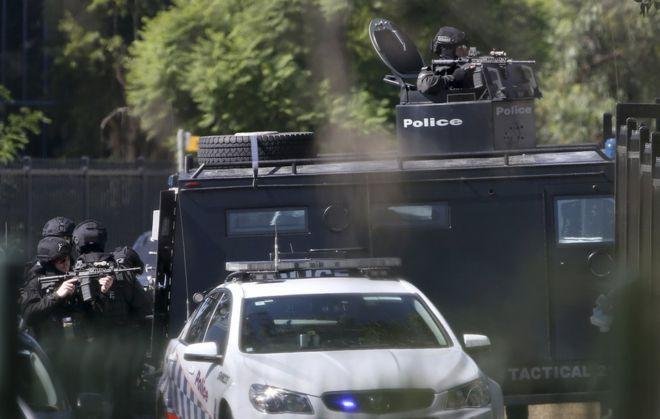 The father of a gunman who shot three brothers before turning the weapon on himself during a six-hour factory siege will face court in Sydney.

Michael Bassal, 43, was killed by Wayne Williams, 33, who later shot himself after taking hostages inside a sign-making business on Monday.

Williams’ 52-year-old father Peter Williams was charged on Tuesday with discharging a firearm in a public place.

The charge related to a separate incident that occurred on Monday morning.

Police also laid a charge of concealing a serious indictable offence against Peter Williams and a 30-year-old woman.

Their alleged links to the incident are not yet clear, but police told the BBC the matter was believed to have started as a business dispute.

Reports said that Michael Bassal was shot outside the building, while his brothers, aged 41 and 34, were shot inside.

The brothers were taken to Liverpool Hospital, where one required emergency surgery. Both are now in a stable condition.