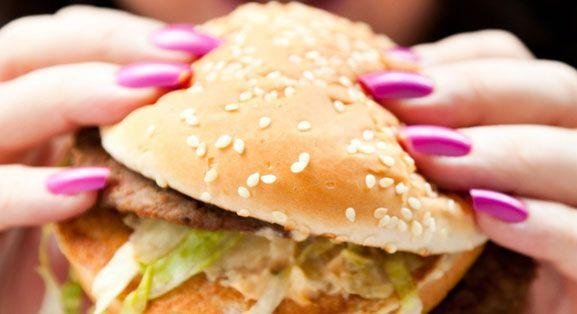 Nutrition can be confusing and contradictory. So in an attempt to dispel some myths and offer some clarity, we can start by asking some simple questions, like should one eat fat? Or avoid cholesterol rich foods? Most of us are very often told that foods like saturated fats (ghee) and red meat, eggs and bacon raise our cholesterol levels and can cause heart disease. This idea is so deeply ingrained in our cultural psyche that few people even question it. But is it really true?

For the last half century, the medical establishment has vigorously promoted the notion that high cholesterol is a primary risk factor for coronary heart disease, and that a diet high in saturated fat and cholesterol causes heart disease, despite the overwhelming body of evidence that suggests otherwise. This hypothesis (called the ‘diet-heart hypothesis’) was based on assumptions, observational data and animal studies. The diet- heart hypothesis then turned into public policy in 1977, before it was ever proven to be true. Even though we now have plenty of experimental data in humans showing these initial assumptions to be wrong, people are still being told to avoid saturated fat in order to reduce heart disease risk. Let us take a closer look at some of the evidence. Eating cholesterol isn’t going to give you a heart attack. Cholesterol is the most misunderstood and wrongly maligned biological molecule in existence today! The idea that cholesterol is harmful for health is engrained in people’s minds. So here are some facts: did you know that it is not possible for us to consume enough cholesterol to meet the body’s need? 25% of the cholesterol comes from our diet and 75% is produced inside our bodies by the liver. The body tightly regulates the amount of cholesterol in the blood.

When cholesterol intake in the diet goes down, the body makes more. When cholesterol intake in the diet goes up, the body makes less. Why then, are we concerned about lowering blood cholesterol levels? This unfortunately, is misdirected. Cholesterol is used by the body as a raw material for healing. This is the main reason the injured areas in the arteries have cholesterol deposits. So the problem does not lie in cholesterol itself, but the factors that cause injury to the arteries. Taking medications to lower cholesterol isn’t going to make the injury or tendency to develop new injuries to go away! The three devils of nutrition: sugar, grain (flour) and industrial seed oils. Most of us consume some kind of flour in the form of breads, roti, sooji or semolina, and pasta. We also consume a lot of sugar in sweets, cereals, juices and starches.

And of course, we consume industrial seed oils such as sunflower, safflower, corn and canola. Are you aware that these are the main culprits responsible for diabetes, heart disease, obesity and cancer today? The main reason is that these foods are high in calories but low in nutrients, and they promote inflammation which is the root cause for all modern disease. Saturated fat does not cause heart attack Saturated fat should be renamed as ‘satiating fat’ since it complements healthy meals, keeping your brain satisfied and your stomach full. A low carbohydrate diet which tends to be high in saturated fats not only doesn’t raise blood cholesterol, it has several beneficial impacts on cardiovascular disease risk markers. There has been a worldwide scientific focus and debate about saturated fats, over recent years. This was in aftermath to a systematic review and meta-analysis of 72 published studies with 530,525 participants in total, in March 2013.

This appeared in the Annals of Internal Medicine and suggested there was little evidence to support the recommendation to limit saturated fats. Finally an important point to remember: if you are inactive leading a sedentary lifestyle and already eating a diet high in excess carbohydrates such as sugar, sweets, rice, beans, bread and excess grains, adding good fat will only make matters worse. When it comes to health, many of us have a tendency to do selective research and pick out what we desire, but push aside the part about cutting back on carbs, eating at least 6-8 serving of multi-colored vegetables and fruit, and doing at least 150 min of physical activity per week • Nirupama Deshpande is a Ph.D scientist in biological research in the areas of Molecular Imaging, Molecular Biology, Oncology, Genetics, Developmental neurobiology, Cadiovascular biology and Stem cell biology.