Farhan Akhtar reveals the things that matter most to him 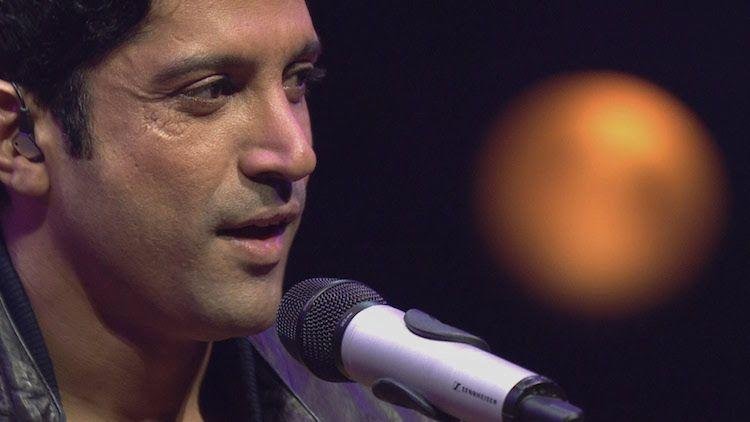 Farhan Akhtar could indubitably be the most talented man in Bollywood. As a director, producer, actor, musician, writer, poet and philanthropist, he has moved beyond the influence of the legacy from his famous parents. His father Javed Akhtar recently commented that he was proud that his children made a name for themselves, on their own merit.

While Farhan, son of lyricist Javed Akhtar and his actor-writer ex-wife Honey Irani, debuted ten years ago with ‘Dil Chahta Hai’, his fan base expanded with films like ‘Karthik Calling Karthik’, ‘Rock On’, ‘Bhaag Milkha Bhaag’, and more recently, ‘Dil Dhadakne Do’.

The unique thing about Farhan is that he is influenced by not just creative urges but also social responsibility, and this commitment is reflected in his work, right from the MARD initiative to the gender equality monologue in ‘Dil Dhadakne Do’.

Farhan’s parents divorced when he was barely 10, and had a profound impact on him and goes to explain why friendship is a recurrent theme in his films. “I stayed with my mother and sometimes we had difficulty talking to each other about what was going on. My friends were an unconditional support for me then. And it wasn’t about tears or emotions, but more to do with pure happiness when I was with friends. So yes, friendship matters a lot to me,” says Farhan.

Another very strong metaphor in his films is travel – literal and figurative. Farhan agrees by saying, “I think that is true for Zoya as well. We have both made films about journeys because journeys lead to discoveries – about yourself or others or the world.” Farhan also says that for him, travelling is a learning experience. “This is also the reason why I am happier chasing adventures than luxury when I travel,” he claims.

Talking to Farhan was a refreshing experience, here are excerpts from our chat.

Aarti Kapur Singh: So you don’t have too much screen time in ‘Dil Dhadakne Do’?

Farhan Akhtar: Yeah, my sister has always been a bully (laughs). But since when have we started measuring performances by how ‘long’ we are on screen? Sunny has a history in the film and he pretty much triggers whatever ensues after his arrival. So I would like to believe I am important.

AKS: ‘Dil Dhadakne Do’ and ‘Wazir’ are the most anticipated films of 2015…

FA: And I am very lucky and happy to be a part of both these films, which are very different from each other. While I am working with Zoya for the third time, it’s the first time to work with the new team of Vidhu, Raju, Abhijat and Bejoy. It’s a new and a learning experience for me at every step. I just couldn’t have asked for anything more.

AKS: Tell us about ‘Wazir’

FA: I am really very happy with the response from the teaser. My role is that of an ATS officer in the film. Our characters (Amitabh Bachchan and me) are bound together by a certain grief of a loss of a loved one, which brings the two of us close together. And within that combined grief, how we end up finding some kind of redemption through each other’s loss is what forms the crux of the film. Chess ‘plays’ a metaphor in the film.

AKS: Since you co-own a production house, does it matter if your film made it to the 100-crore club?

FA: I don’t really follow ‘numbers’. While I do feel that box office figures are important, I also feel that there is success when you are being remembered as much as 50 years later! For exaple, there was a great film that Yash (Chopra) uncle made called ‘Lamhe’, which didn’t do well at the box office. But, even today, whenever people look back at his life and talk of his best works, this film is spoken about. Isn’t there success in that? Success to me, is the combination of box office figures and the film in totality. But, today unfortunately, success is gauged on the basis of numbers and figures only!

AKS: how are you progressing with your MARD (Men Against Rape and Discrimination) initiative?

FA: At this moment, we are looking to create a lot more content. For all the effort that is being put in, the effect seems to be positive. I do feel that I could give it a lot more time. It is fortunate and unfortunate that I’m busy with other commitments, but we’re tying up with Magic Bus which is a good association going forward. They reach out to children from underprivileged backgrounds. A lot of times parents in those situations choose not to educate the girl child. They don’t want to pay for books, uniform, school fees because they don’t think it’s a good investment. That’s the notion that Magic Bus tries to change. It teaches parents the value of educating girls. It’s a step in a very positive direction for MARD. For me honestly, the logo catching on or not catching isn’t an important thing. It’s whether the idea does. As long as people connect with the message, understand it and propagate it, that’s all I want.

AKS: When will you wield the megaphone again?

FA: Directing means more time away from home and my two daughters. I want to leave direction for when older and even less presentable. All my forthcoming films – ‘Raees’, ‘Wazir’ and the others are exciting roles. I would like to bask in
the fulfilment of acting for now. This is a good time to be experimenting with different films and roles, and I’m enjoying it tremendously. But I will definitely take up directing again. Maybe in a year or two.