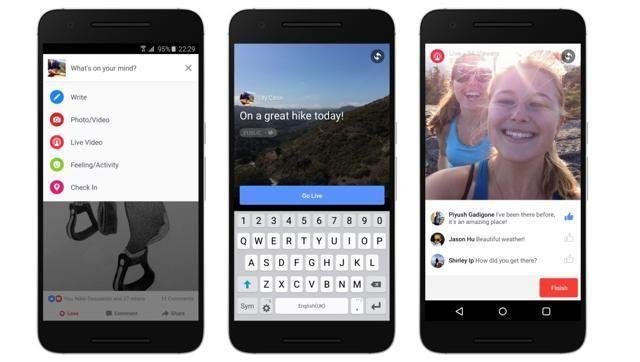 The ability to broadcast live videos on Facebook will soon be available to Android users. The company has officially confirmed in a blog post that the service will be rolling out for Android devices by next week, starting with users in the US.

“We’re excited to announce that in the next week we are going to start rolling out the ability for people on Android to share live video. We’re starting our Android rollout in the U.S., with more countries coming soon, said Facebook in a blog post.

The service essentially allows users to stream live videos on their timeline through the Facebook’s mobile app. Just tap on “What’s on your mind?” field at the top of your News Feed, and then tap on the Live video icon to start streaming live videos on your Facebook timeline. Users can also add a short description about the video and respond to real-time comments. In addition, they also have the ability to check how many people are watching their video.

Facebook launched its Live video streaming service feature in August last year, primarily for celebrities, journalists and the likes, to communicate with fans and audiences in real-time. The service is aimed at taking on Twitter’s Periscope, which also allows users to broadcast live videos. Though, they are only live on Periscope for a period 24 hours as opposed to Facebook where these videos will be archived on your Timeline.