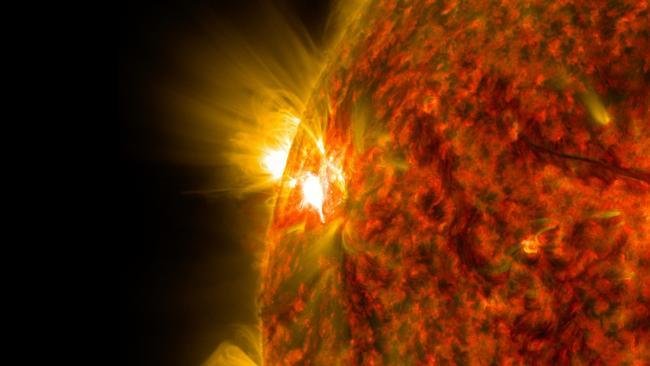 THE sun has “gone blank” and it could herald the arrival of a mini Ice Age, it has been claimed.

According to The Sun, this chilling prediction is based on analysis of the solar surface, which is currently exhibiting a distinct lack of action.

Normally, the face of our parent star is pocked by sunspots.

But it’s totally smooth just now, a development which could mean our planet is about to shiver through a long cold patch.

Paul Dorian, a meteorologist at Vencore Weather, said: “For the second time this month, the sun has gone completely blank.”

“The blank sun is a sign that the next solar minimum is approaching and there will be an increasing number of spotless days over the next few years.

“At first, the blankness will stretch for just a few days at a time, then it’ll continue for weeks at a time, and finally it should last for months at a time when the sunspot cycle reaches its nadir.”

It is feared the lack of sunspot activity could prompt the arrival of a cold snap similar to the Maunder Minimum, which started in 1645 and continued to about 1715.

This period is known as the Little Ice Age and became famous for the winter frost fairs held on the frozen surface of the Thames.

She said the sun’s activity would drop by up to 60 per cent during the next mini Ice Age, potentially causing crop failures and other minor disasters down here on Earth.

She said: “I am absolutely confident in our research. It has good mathematical background and reliable data, which has been handled correctly.

“In fact, our results can be repeated by any researchers with the similar data available in many solar observatories, so they can derive their own evidence of upcoming Maunder Minimum in solar magnetic field and activity.”