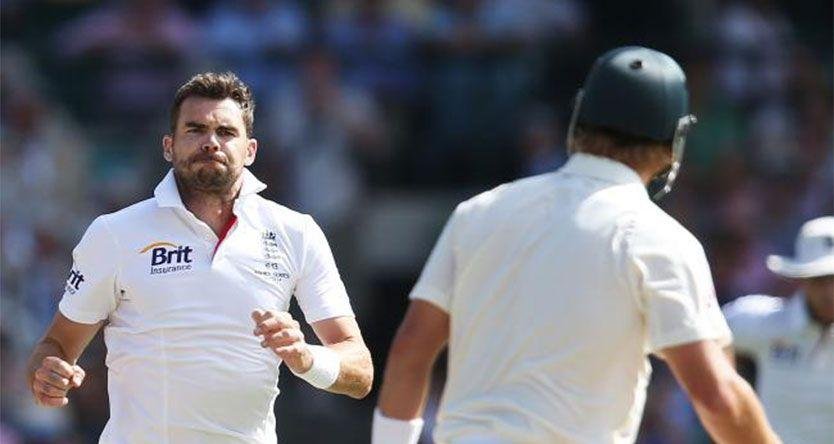 AUSTRALIA’S Matthew Renshaw is in danger of losing his place at the top of the Test team — but England spearhead Jimmy Anderson says he wants to go to school on the young opener.

ENGLAND’S swing king Jimmy Anderson says he’s about to go to school on Matthew Renshaw to plot the Ashes downfall of the run-starved Australian opener.

As England arrived in Adelaide on Monday ahead of their next tour match, Renshaw made a laborious 19 from 109 balls for Queensland in the Sheffield Shield, after scores of 1, 16 and 17 in the domestic competition.

Despite the lean trot, Renshaw appears a lock to face Anderson and his teammates in the Ashes opener in Brisbane from November 23.

“I have not seen a huge amount (of him), just the Test matches he has played,” Anderson said of the Australian left-hander.

“I have tried to watch as much over the last year or so of the Australian Test team, knowing you have got an Ashes in the future, so just try and keep tabs on them.

“I’m sure in the next couple of weeks we will really step up our research.”

Ahead of their day-night tour match against a Cricket Australia XI at Adelaide Oval from Wednesday to Saturday, England were keeping an eye on the Shield performances of Australia’s likely Test players.

“We want to be having as much information going into the first Test match as possible on their players,” Anderson said.

“But I think the main thing for us going into the next couple of games that we have got is to really focus on what we do well, what our strengths are.

“And obviously, yes, we need to know things about the opposition we come up against so keeping tabs on them is a sensible thing to do.”

The Adelaide Oval fixture against the CA XI will be played with pink balls ahead of the day-night Ashes Test in the South Australian capital from December 2 — the second in the five-Test series.

Anderson said the match would offer invaluable intelligence on the behaviour of the pink Kookaburra balls in Adelaide.

England have played one day-night Test at home with Duke balls.

“Having the chance to practise with that (Kookaburra pink ball) and play in a first-class game is really important for us, especially playing at Adelaide where the Test match is going to be,” Anderson said.

“I have heard it does swing a bit more, the pink Kookaburra, which is good for all the bowlers.

“We spoke to the South Africans when we played them in our summer and they said it (the pink Kookaburra ball) was difficult in the twilight period … we tried to tap into them for as much information as we could.”