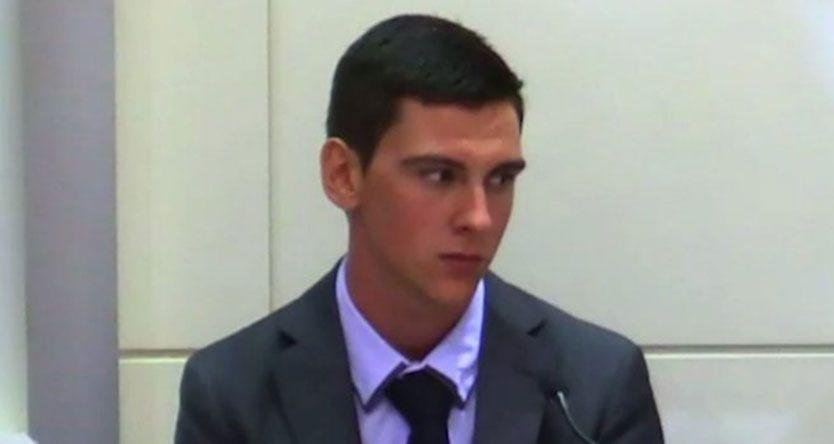 Dylan Voller has been granted an early release from prison, on bail to an outback rehabilitation program.

Voller is serving three years and eight months in Darwin’s adult jail for three convictions relating to an aggravated robbery. Previous applications for parole have been rejected, and he was due for release in October.

The 19-year-old was one of six teenage boy teargassed by guards in the Don Dale juvenile detention centre in 2014. The incident was subject to at least two damning reviews and formed the basis of a Four Corners episode, alongside vision of Voller in a spit hood and tied in a restraint chair, which sparked a royal commission.

Voller has since launched civil action against the NT government, one of at least three civil cases currently or about to go before the courts.

On Thursday Justice Peter Barr granted Voller’s application to be released on bail under strict conditions to Bush Mob, a residential rehab facility in Alice Springs. He will be required to wear an electronic monitoring device and abide by strict conditions, including random drug and alcohol testing, and regular reporting to a probation officer.

Voller is bailed until court dates in April and June this year, when it will be decided if the remainder of his sentence should suspended, and his time at Bush Mob “would in effect be a test run” to see if it should, Barr said.

Had Voller remained in prison to serve out the rest of his sentence, he would be released in October “without supervision or guidance or enforceable conditions”, Barr said.

Barr noted Voller’s applications for parole had failed so far, and Voller had “not been incident-free” since he was moved from Don Dale to the adult facility.

However a care plan put together for his time at Bush Mob “appears very worthwhile”, and the electronic monitoring and other conditions would provide a level of protection to the community, which he acknowledged was a “legitimate concern”.

Under the Youth Justice Act a perpetrator has the right to apply for their sentence to be revisited, and Voller was 16 when he committed the three crimes he pleaded guilty to in 2014. The first two sentences – for attempted robbery and aggravated robbery – have been served, and he has eight months left of a sentence for recklessly endangering the safety of a police officer.

Sister Kirra Voller said outside the court she was confident Dylan Voller would not reoffend and that he would keep to the conditions of bail “because he’s away from the system that hurt him for so long now”.

“I’ve known my brother my whole life, he’s my baby brother … I’ve known him through all of his behavioural issues,” she said. “He’s a changed man. It’s exactly that – he’s a man now, not a boy.”

She said the family would help him readjust to life outside detention.

“Just as any other family would. We’ll just be there and support him and care for him. I mean, we’re not going to lock him in a restraint chair if he tells us he’s suicidal, so that’s got to speak something. We’re going to be giving him love and the emotional support he needs.”

On Wednesday Voller’s lawyer, David Dalton SC, had told the NT supreme court his client should be released because of the treatment he had suffered in detention, leading to a diagnosis of post traumatic stress disorder. Dalton said Voller had turned himself around and wanted to get out and take part in a rehabilitation program which was supervised and monitored.

“He is prepared to suffer the consequences should he breach these stringent conditions recommended … including electronic monitoring,” said Dalton on Wednesday. “That in itself speaks volumes about a change in the evidence with respect to his prospects of rehabilitation. He wasn’t even interested in rehabilitation in 2014 [when he was sentenced]”.

The crown had opposed his release, telling the court “past behaviour is the best predictor of future behaviour” and that Voller’s time in detention was littered with hundreds of incidents. Trevor Moses submitted a folder of report incidents filed by corrections staff which he said demonstrated the effort taken with Voller to assist him in working towards a lower risk classification in prison, and how Voller had instead behaved badly.

Barr noted Voller’s history of trauma while in detention, and noted claims about recent mistreatment and “onerous conditions” in prison, but said those had to be weighed based on whether Voller in any way brought them on himself with his poor behaviour.