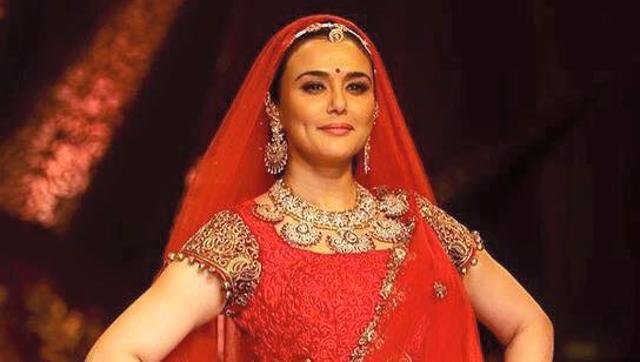 An irritated Preity Zinta took to Twitter to slam rumours surrounding her impending marriage plans. The actor said she was fed up of “manufactured news”. She added that there is no need for any speculation and she will make an announcement when she has to.

It seems the marriage gossip is not leaving Preity’s side. Last year, there were reports that the Soldier actor would be tying the knot with her rumoured American beau Gene Goodenough in January, and now there are rumours suggesting that she will be getting hitched on Valentine’s Day weekend.

“Really? I think you should shut down your paper or carry real news! I am actually fed up of manufactured news. Can you leave my marriage announcement to me please after all its my life till then leave me alone,” Preity tweeted.

The actor also blamed media for spreading fictitious stories. She added: “Am seriously fed up with all the speculation about my personal life! The media really knows how to ruin things…this needs to stop! #fedup”.

The actor, who was last seen in the 2014 release Happy Ending on the big screen and on the small screen as a judge on the dance reality show Nach Baliye 7, also tweeted about a shoot without divulging much information about it.

“At a shoot now so have to run! It’s a crazy day today and I must confess I am getting crazier,” she wrote.