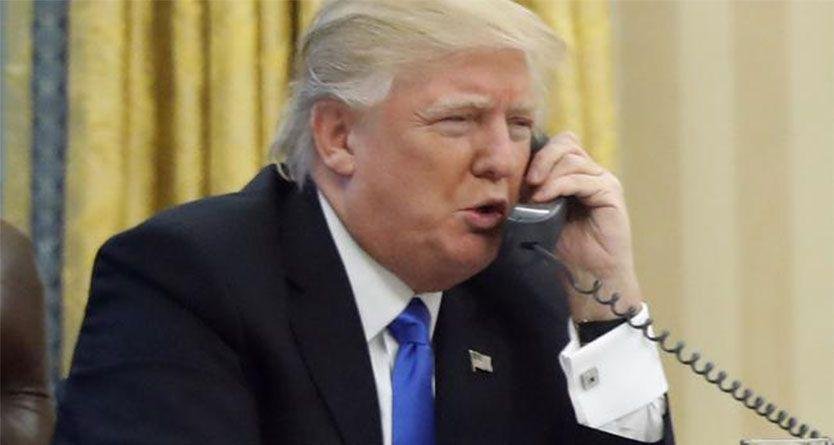 PRIME Minister Malcolm Turnbull will meet with Donald Trump, with the “desperation” of North Korea the key topic.

DONALD Trump is expected to meet with Australian Prime Minister Malcolm Turnbull next month in Vietnam.

A senior White House official told Fairfax the US President would have time to meet with Mr Turnbull during a trip to Asia and the two would most likely connect on the sidelines of the APEC leaders’ meeting in Da Nang.

The leaders’ first phone call was a testy one and made headlines around the world after details were leaked to the media.

According to the transcript, Mr Trump told Mr Turnbull the Obama-era agreement on refugees was “stupid”, “disgusting” and “horrible,” adding: “This deal will make me look terrible … I am going to get killed on this thing.”

But the two leaders downplayed reports of the heated exchange and put on a cordial display at a meeting in New York in May where Mr Turnbull congratulated Mr Trump on the passing his healthcare bill.

The meeting in Asia comes after Australian officials received a rambling letter from North Korea, imploring the country to turn against Mr Trump.

It asks various parliaments to pull out of harsh United Nations Security Council sanctions levelled against North Korea over its weapons program.

The sanctions have struck a significant blow to the nation’s economy, with one former high-ranking North Korea official saying this week that the country “will not survive a year” under them.

A White House official told Fairfax: “(The letter was) a sign of desperation on the part of Kim that he’s sending letters like that.”

Foreign Minister Julie Bishop told Fairfax it was clear North Korea are feeling desperate, isolated and trying to demonise the US as well as divide the international community.