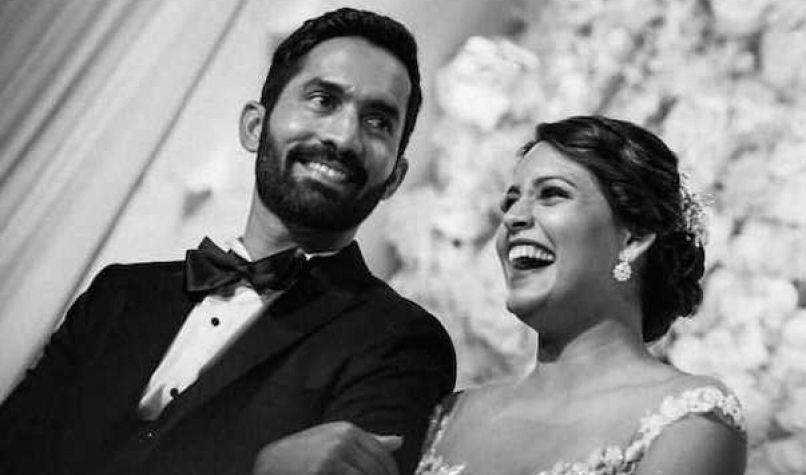 Indian cricketer Dinesh Karthik tied the knot with squash player Dipika Pallikal on Tuesday in a Christian ceremony in Chennai.

The couple will be getting married again in a Telugu-Naidu style wedding on August 20. Pallikal, who became the first Indian squash player to break into the top 10 of the World Squash rankings, has been engaged to Karthik since November 15, 2013.

The wedding was a private affair with close friends and family of the bride and groom taking part.

Dipika had met Dinesh after he divorced his first wife and childhood friend Nikita. Incidentally, Nikita is now the wife of Indian Test opener Murali Vijay.

Dinesh has been known to support Dipika in all her decisions and stood by her when she threatened to pull out of the Asian Games last year as she was not happy with the draw. He was also there to celebrate her winning the gold medal in the doubles event at the Commonwealth Games.