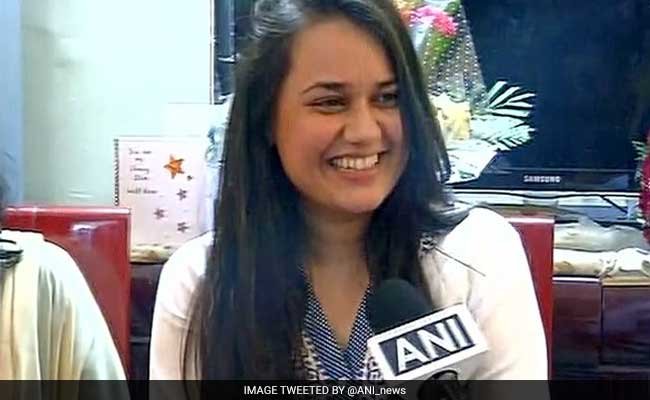 Ms Dabi, who cleared the exam on her first attempt, was elated. “I did expect I would make it to the list because my exams went well, but number 1 – that’s something that I would call the stuff of dreams,” Ms Dabi, a graduate from Lady Shri Ram College, told NDTV.

Mr Khan, who is from South Kashmir’s Anantnag, said it was a “dream come true” for him.

“My grandfather has had a huge inspiration on my career. He is a farmer, hasn’t had any education. After seeing his life, his hard work, passion, compassion, I have learnt a lot,” he told media.

“As a civil servant there are a lot of areas where we can work – be it in terms of general governance, general administration, development, planning,” he said, adding that he had opted for Jammu and Kashmir cadre. “I think there is a lot of scope to fulfil the aspirations of the people from my state.”

In his first attempt in 2014, Mr Khan had got into the railways and is undergoing training at the Railways Institute of Transport Management in Lucknow.

Thousands of students appear each year for the prestigious civil services examination, through which officers for the Indian Administrative Service, Indian Foreign Service and Indian Police Service, among others, are picked.

This time, 1,078 candidates were recommended for the appointment. Of these, 499 belong to the general category, 314 are from Other Backward Castes, 176 are Scheduled Castes and 89 are from Scheduled Tribes category.