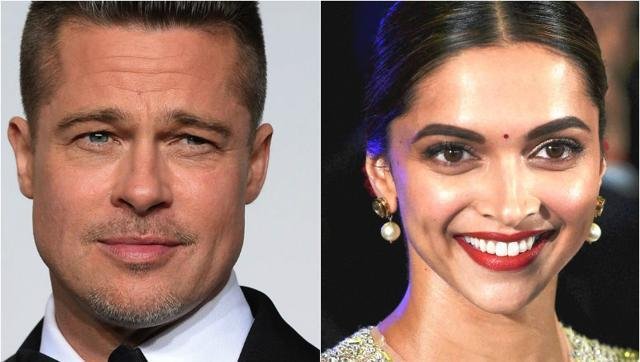 Ever wondered how our very own Bollywood star Deepika Padukone would look opposite Hollywood star Brad Pitt in a movie? Because if our stars are lucky and aligned in just the right order, we may see that dream come true.

And Deepika isn’t the only one. Priyanka Chopra who has made a very successful debut in Hollywood with the TV series Quantico, is expected to star in the popular series Baywatch as well. Actors Nimrat Kaur, Dhanush, Preeti Desai and Jacqueline Fernandez are all doing plum projects in the West.

Explaining the sudden surge in Indian faces in Hollywood, image consultant Harish Bijoor says, “India is the flavour of the season or if I must say, the decade. Having Indian faces is now the accepted format — be it television or films. So, more than individual talent, I would say their ethnicity is what makes them so popular in the West.” Bijoor feels that Indian female actors add a lot of glamour to the films too. “It also works well for the actor because as soon as you cross the Indian border, you are valued in dollars.”

Trade analyst Atul Mohan feels that Indian actors have also made the effort to market themselves well, “Bollywood actors have become big globally, due to social networking. The Indian population is also on a rise, especially in America, so Bollywood actors are more in demand. Our actors are now bagging lead roles and not just blink-and-miss appearances.”

Needless to say, our actors are thrilled by the opportunity. Dhanush who will be seen alongside Uma Thurman in debut filmmaker Marjane Satrapi’s film is quoted as having said, “I am very excited by this opportunity to work in a full-length Hollywood film. The director felt I would be apt for this role and I feel there are many facets I can explore for this character.” Jacqueline Fernandez’s who has also been signed up for a British thriller is quoted as having said that getting into Hollywood is really tough.

Priyanka Chopra: Debuted with the TV show Quantico and will now star in the TV show Baywatch, working alongside Dwayne Johnson and Zac Efron.

Dhanush: The actor will be seen alongside Uma Thurman in filmmaker Marjane Satrapi’s film.This is his Hollywood debut.

Nimrat Kaur: Made her debut with the TV series Homeland in 2014. Has now signed up for another TV series Wayward Pines. She will work alongside Jason Patric and Djimon Hounsou.