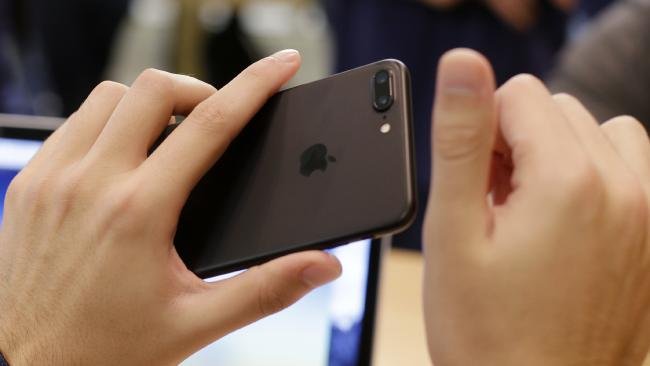 THOSE lucky enough to get their hands on a new iPhone 7 have been reporting a strange defect with the device.

When the handset is pushed to its processing limits it has a hissy fit, according to users. Basically, if the phone is working overtime by, for example, running lots of applications at once, it begins to make a faint hissing sound.

The noise was first pointed out by Stephen Hackett at 512 Pixels and was quickly followed by other users reporting the same thing.

In terms of malfunctions it absolutely pales in comparison to the exploding battery issue in Samsung’s Note 7 that prompted a global recall recently. But nevertheless, Apple customers and technologists have been debating the exact cause of the curious hissing sound.

“Some suspect coil whine or similar electromagnetic effects, but there’s no guarantee that this is the case,” claimed Jon Fingas from engadget.

Not all news phones are making the unsettling noise though. A number of customers reported putting their iPhone 7 under enormous stress and heard no hissing sound at all, leading some to speculate the problem could be a manufacturing issue rather than an inherent design quirk.

Tumblr co-founder and iOS developer Marco Arment posted his own explanation to Twitter saying the noise may be happening for a “good reason, but it’s still unfortunate and ungraceful”.
“It’s the phone equivalent of hearing the fans spin up loudly whenever your Mac’s CPU gets used to its actual potential,” he wrote.
If that is the case, it’s very unlikely there would be an easy way to fix the hissing sound. The iPhone 7 was produced with the hugely powerful A10 chip that outpaces its predecessors and Android rivals so it is possible that it could be contributing to the noise.

It is unclear how many phones are experiencing the hissing sound. Apple has yet to formally address the issue but did offer to replace the phone of Stephen Hackett, who first it pointed out.