In Conversation with Maurice Newman 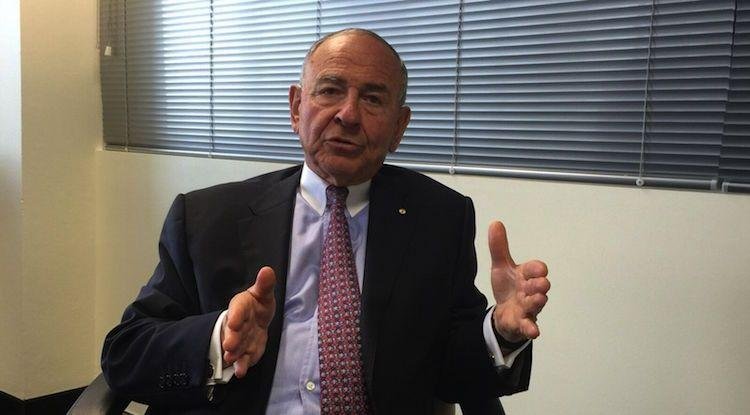 How would you describe the bi-lateral relationship between India and Australia?

Our relationship has been bumpy. We made a serious effort to go beyond our commonwealth commonalities and the most commonly mentioned points of conversation; curry, cricket and commodities. In 90’s there was a push to broaden the scope of our relationship. However, we haven’t seemed to forge a deep and meaningful relationship that truly reflects India and Australia’s values and belief system. There is so much to explore in business, trade, technology transfer, defense ties. But while trying to get there we shouldn’t undermine the value of our social and cultural relationships. We have encountered some speed bumps along the way including the delay in signing the nuclear deal. The issue regarding violence against Indian students created a lot of dust which was precipitated by the way the media represented the incidents rather than analyzing the issues. Media should be curious, should question and not froth up incidents. However, we have come to a very interesting juncture with the countries on the turning point of signing the Free Trade Agreement before the end of the year.

In what ways can Australia co-operate with India and how strong is the interest?

There is no shortage of interest in India. Australia has a lot to offer. We can help in areas of governance, financial services, R & D across the board, tourism, education, agriculture. He went on to add with a smile,” If I were Mr. Modi, I don’t know what I’d prioritize. If you’re looking for a country best suited to a market economy, I haven’t seen a better one than India. India’s diversity is its greatest strength.”

India has a dilemma to find the balance between productivity and employment. It needs to break down certain cultural shackles. Everyone should have the freedom to express their talents and exploit them.

You spoke about a new organization to promote bi-lateral business. How is this different from other bodies already doing the same (AUSTRADE, AIBC)?

This organization will have a different and focused approach to fructify business between the two countries. Our actions will be more business driven. Current bodies are more general in their approach. The relationship between our two countries is beyond niceties and needs specific action. This was the brain child of the previous Indian Consular General in Sydney, Mr. Sanjay Sudhir.

How do you intend to go about achieving the goal of making business happen?

By attracting people with the hunger and desire to achieve something. By marrying the right parties. We will be pursuing specific opportunities in a land, India, that has a plethora of opportunities to offer. Other counties are also looking at Indian opportunities. One has to be swift and specific.

Maurice Lionel Newman AC (born 20 April 1938, Ilford, England).  He was the Chairperson of the Australian Broadcasting Corporation until March 2012, as well as former chair of the board of the Australian Stock Exchange. He was Chancellor of Macquarie University until 2008.