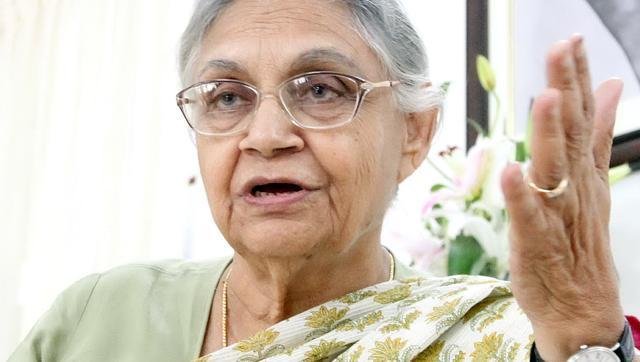 The party also said Sanjay Singh would head its campaign committee and Pramod Tiwari its coordination committee, days after it appointed Raj Babbar as its new state unit chief. All three are Rajya Sabha MPs.

The naming of Dikshit, 78, is a departure from past practice for the Congress. The party usually keeps the issue open and alive in the face of multiple claimants, except when it has an incumbent CM, and ultimately lets the elected legislators authorise the high command to take a decision.

A move to deviate from this policy didn’t work in the 2012 Punjab polls when Rahul Gandhi declared Captain Amarinder Singh the chief ministerial candidate in the middle of elections. The Congress suffered a shock defeat at the hands of the Shiromani Akali Dal, which made history by returning to power in a state that had always thrown out the incumbent government.

“There is a rule and then, there is an exception,” Congress general secretary in-charge of UP, Ghulam Nabi Azad said on Thursday.

Dikshit — who ruled Delhi for three consecutive terms over 15 years before being shocked by Arvind Kejriwal’s Aam Aadmi Party in 2013 — thanked the Congress leadership for the “big responsibility”. She promptly appealed to Priyanka Gandhi Vadra to join her in the campaign, saying, “She is a very popular leader. My plea would be that she campaign across the state.”

Born in a Punjabi Khatri family in Kapurthala, Dikshit is the daughter-in-law of the late Uma Shankar Dikshit, a Brahmin leader from UP who served as a minister in the Indira Gandhi cabinet and later as a governor.

The Congress’ election strategist Prashant Kishor had consistently pushed for a bigger role for her in the UP polls.

With this move, the Congress hopes to win back the support of the Brahmin community, a traditional vote bank that has over the years shifted loyalties to the BJP and even the Mayawati-led BSP.

The thinking in the party is that Brahmins, who make up around 12% of UP’s voting population, have the ability to attract other castes, and along with Muslims — another big vote block at around 19% — could help the Congress consolidation in the state.

The Congress’ big announcement was marred somewhat as Delhi’s Anti-Corruption Branch sent Dikshit a notice asking her to join the investigation into the alleged R400-crore water tanker scam, a move the CM pick called “politically motivated”.

The Congress is backing her fully and plans to counter the corruption allegations against her with a demand for the removal of the chief ministers of BJP-ruled Chhattisgarh (Raman Singh), Rajasthan (Vasundhara Raje) and Madhya Pradesh (Shivraj Singh Chouhan), who also face graft cases. “If the BJP takes action against its chief ministers, we will consider changing her,” Azad said.

As a “daughter-in-law of UP”, Dikshit will still have to fight the “outsider tag”. But with her presence, the Congress hopes to bring different factions on board. “She is far too senior for the others to create any problem,” said one party leader.

Organisational weaknesses have often been blamed for the Congress’ poor show in UP, where the party is desperately seeking a revival of its political fortunes after being thrown out of power in 1989. With the fresh appointments, the party hopes it will once again emerge a key player in the political map of the country’s most populous state.