WHO: Coffee Itself Isn’t Cancerous, But Watch Out For ‘Very Hot’ Beverages 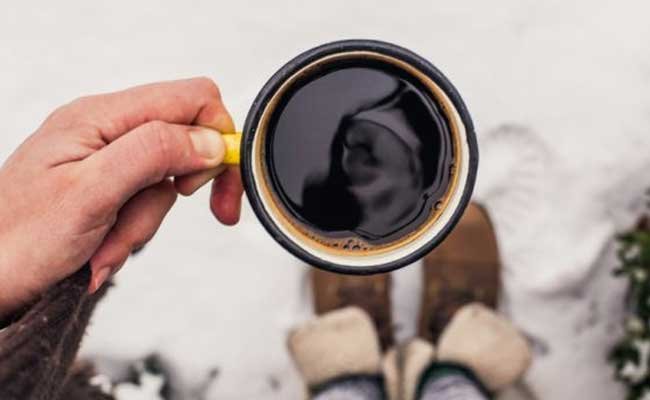 If you’re like many Americans who enjoy a cup of Joe in the morning, you’ll be happy to know that the World Health Organization released its long-anticipated report on coffee, and its findings bode well for your health.

In reviewing the most recent scientific evidence over the past 25 years since its last analysis on the matter, the WHO concluded that coffee should no longer be considered a carcinogen and that it may actually have positive effects for your body when it comes to two types of cancers – liver and uterine cancers.

Now before you start ordering that second steaming cup, it’s important to know that the WHO report wasn’t all good news. There was another significant finding: “Very hot” beverages “probably” cause cancer. This is mostly based on studies related to the consumption of a traditional drink called mate or cimarron in South America where the tea can be taken at temperatures around 158 degrees Fahrenheit (or 70 degrees Celsius). That’s significantly hotter than people in North America or Europe usually consume their drinks.

The findings were published in The Lancet Oncology on Wednesday.

“These results suggest that drinking very hot beverages is one probable cause of esophageal cancer and that it is the temperature, rather than the drinks themselves, that appears to be responsible,” said Christopher Wild, director of the International Agency for Research on Cancer.

In a conference call with reporters, Wild and other officials were unable to quantify the risk – “We can’t put a number on it at this stage,” they said – but they had some practical advice for people who consume hot beverages.

“Certainly wait a few minutes more before drinking your drink,” the IARC said.
The decision to reclassify coffee is a major victory for the industry, which has been aggressively lobbying for such an action. For organizations, such as the WHO, that are charged with protecting the public’s health, it’s often politically trickier to say a product causes no harm than to say a product causes harm – even for one as beloved as coffee. In the United States, when a federal advisory committee issued recommendations regarding the Dietary Guidelines for Americans in 2015 and said coffee could be part of a “healthy diet,” there was a significant backlash. The new U.S. recommendations, officially issued in January, say that up to five eight-ounce cups a day is fine.

The National Coffee Association cheered the WHO finding, pointing out that it’s the first time a foodstuff or beverage has ever been positively reclassified by the scientists.

“Coffee drinkers have known for a long time that their go-to beverage is a super food,” association president President Bill Murray said in a statement. “Today we can brew or buy a cup with even more confidence thanks to science.”

“More confidence” are the key words here as science is a moving target, especially in terms of food, as bodies making recommendations about what people consume have tended to flip-flop in recent years.

The WHO working group said that it reviewed more than 1,000 studies in humans and animals in making its decision, and that there was “inadequate evidence” for the carcinogenicity of coffee drinking overall. It noted that epidemiological studies mentioned no impact of coffee drinking, specifically on cancers of the pancreas, prostate and female breast. Reduced risks were seen for cancers of the liver and uterine endometrium. For more than 20 other types of cancer, the evidence was inconclusive.

Although the WHO’s coffee decision was carefully thought out and involved countless hours of research by some of the top minds in nutrition science, you should keep in mind that it’s just a snapshot in time in terms of what we know. Remember that meat was once thought to be good and important for your health, but the WHO told us last year that it now thinks hot dogs and bacon cause cancer and red meat “probably does,” too. Many other changes have taken place over just the past few months: Cholesterol, the boogieman of our diets since the 1960s, suddenly became less harmful in January when the new Dietary Guidelines for Americans came out – as did salt.

The coffee issue is also far from definitively resolved. Early work shows that there may be at least one location in your genes that may determine whether you process caffeine quickly or slowly, and that there is a roughly 50-50 split among humans. That has led some experts to wonder whether a general rule about the good or ill effects of a food means anything to individuals.