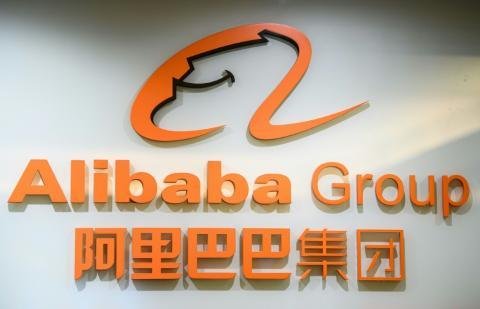 China has launched an anti-monopoly investigation into Alibaba, regulators said Thursday, sending the share price of the e-commerce giant tumbling and intensifying the troubles of its billionaire founder Jack Ma.

The continued squeeze on one of China’s most influential companies is the latest sign that the Communist leadership is ready to deflate the ambitions of big tech firms in a runaway internet sector, which has made Ma one of China’s richest people with an estimated $58 billion fortune.

Investigators are probing Alibaba for “suspected monopolistic practices”, the State Administration for Market Regulation said in a statement.

The probe threatens to impede the growth of Alibaba, a tech juggernaut which revolutionised the e-commerce landscape of China.

Alibaba shares tumbled 8.6 percent to a five-month low in Hong Kong on the news.

In a statement, the company said it “will actively cooperate with the regulators on the investigation”.

Financial services subsidiary Ant Group said it too would cooperate and “diligently study and strictly comply with regulatory departments’ requests”.


Ant Group made its name via its main product Alipay, the online payments platform and super-app that is now deeply embedded in China’s economy.

But the company has also expanded into offering loans, credit, investments and insurance to hundreds of millions of consumers and small businesses, spurring fear and jealously in a wider banking system geared more for supporting state policy and large corporations.

Its reach into the daily spend of Chinese has also caused anxiety over the potential for personal debt to turn sour and toxify the wider economy.


The outspoken and charismatic Ma — a former teacher — had previously lashed out at China’s outdated financial system, calling state-owned banks “pawn shops” in an October speech that led to him being summoned for regulatory talks shortly before Ant’s IPO was suspended.

He has edged away from the public limelight since the IPO collapsed.

Noises from the top of the Chinese Communist Party are ominous for companies perceived to have outsized ambitions.

“There is an underlying political message, that no company, and no individual, can grow so big in China to the point where they can potentially challenge the authority of the CCP,” Richard McGregor, senior fellow for East Asia at the Lowy Institute in Sydney, told AFP.

This year, Beijing has also implemented new regulations to contain potential risks in China’s growing online lending industry, as the fintech arms of internet firms including Alibaba and Tencent have expanded and consolidated power over the market.

“Its regulatory environment will appear more like that of a financial services provider and less of a tech company. Its growth will slow. Its market valuation will decrease.”

State media have repeatedly called for tighter oversight of these firms, warning of potential financial instability as a result of their unregulated rapid growth.

Bad debt in China’s chaotic financial system is a perennial risk, and regulators launched a crackdown on a growing nationwide credit addiction three years ago owing to fears of a financial meltdown.