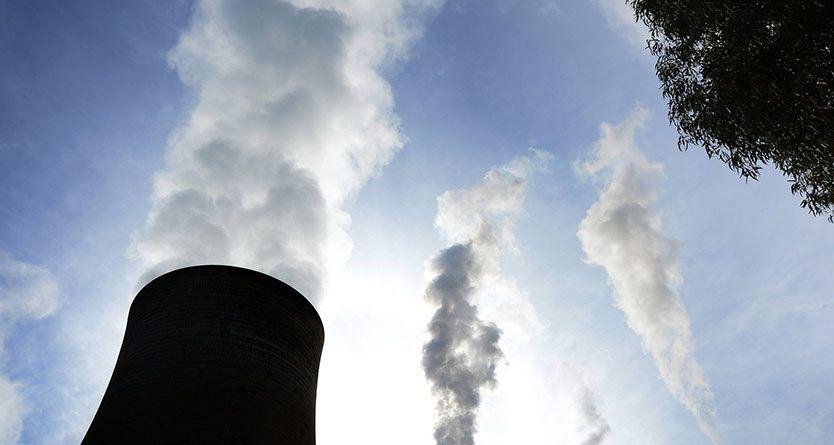 The Clean Energy Finance Corporation was approached last Friday by proponents of a new $1.2bn coal-fired power station with carbon capture and storage technology – but officials have cast significant doubt about whether such a project could ultimately proceed.

The CEFC’s outgoing chief executive, Oliver Yates, told a Senate estimates hearing on Monday his organisation had received an email submission about the project, which purports to be a 900 megawatt power station with a capital cost of $1.2bn.

But Yates told the committee a new coal-fired plant was not “financeable” without the government agreeing to indemnify the project against the future risk of a carbon price being introduced and against the cost of delays in the project prompted by likely community protest action.

As part of its recent “clean” coal pivot, the Turnbull government has signalled that it will seek to change the CEFC’s rules to allow the so-called “green” bank fund new “clean” coal plants.

The government has been arguing additional coal-fired power in Australia would provide secure base load energy.

In early February the resources minister, Matt Canavan, flagged subsidising a “clean” coal baseload power plant from the government’s $5bn northern Australia infrastructure fund and he said the government had already heard from an interested party who was eyeing off opportunities in the Galilee Basin – the planned site of the Adani coalmine.

The Coalition is under acute political pressure from a resurgent One Nation in Queensland. On Monday, the outspoken LNP backbencher George Christensen told the Australian he favoured the construction of a high-intensity, low-emissions coal-fired power station in North Queensland.

A poll in Christensen’s seat of Dawson, published by the ABC on Monday, put One Nation level-pegging with the LNP on primary votes.

The ReachTEL poll, commissioned by the Australia Institute, gave the LNP 30.4% of the vote, compared with 30% for One Nation, in the Queensland seat currently held by Christensen.

Currently, the CEFC cannot invest in any project that does not reduce emissions by 50% or more on the average across the national electricity market. The CEFC rules, set by the previous Labor government, also rule out funding nuclear power and carbon capture and storage.

During Monday’s estimates hearing, Yates told the committee an ultra super critical coal plant would not meet the current CEFC definition of a low-emissions project but he said the government could issue a new investment mandate for the organisation that would redraw the definitions.

He confirmed that government could unilaterally issue a new investment mandate indicating that it was desirable for the organisation to invest in a clean coal project – and that directive would not be disallowable by the parliament.

In saying that, Yates observed it would be difficult to redraw the boundaries of the investment mandate without creating inconsistencies with the overall objectives of the organisation, describing that process as “an area of art rather than science”.

The outgoing CEFC chief executive said that, even if the boundaries were redrawn, there would still be a threshold problem of the CEFC investing in projects when it was unclear whether they were commercially viable and when there was no insurance against the “unhedged risk” of a future carbon price.

Yates said the CEFC was “not into considering loss-making ventures”.

He also confirmed that, if the government wanted the CEFC to invest in carbon capture and storage, then new legislation would be required and that would have to run the gauntlet of the parliament.

Separately, as the government attempted to resume its political campaign on energy security and power prices, the treasurer, Scott Morrison, found himself under pressure from the Sydney radio host Ray Hadley about the government’s renewable energy target.

Hadley picked up on Tony Abbott’s attack on the RET in his provocative speech last Thursday, telling Morrison it was very hard for the Coalition to launch a political attack on Labor for having a 50% renewable energy goal when the government’s policy was a 23.5% RET.

Hadley declared the RET was “unachievable”.

Morrison batted off the critique. “Ray, when you put in laws around whether it’s this issue or any other issue, if you go in and put them in one day, and then you change them the next day, what do you think people who are investing are going to do and thinking about the stability of government policy?

“That’s called sovereign risk. That’s when people start pulling money out of the country and people start losing their jobs.”

“Now, a RET at where it’s currently sitting at 23.5%, we had that discussion under prime minister Abbott. That’s what was put in place. If you go and change this every other Thursday then frankly you put people’s jobs at risk.”

Morrison said the government was currently focusing on what came after the RET, which is currently legislated out until 2020.

“That’s when you’ve got to ensure that you have the energy base load and capacity that’s sustainable,” Morrison said. “We’re focusing on the actual problem.”

Thousands of frontline workers at the greatest risk of potential exposure to COVID-19 will receive their first dose of the COVID-19 vaccination at Westmead...
Read more
Australia

The best public schools in NSW will join a newly created league of Ambassador Schools. Selected for achieving above and beyond similar schools, Ambassador...
Read more