Raees not postponed, to clash with Sultan 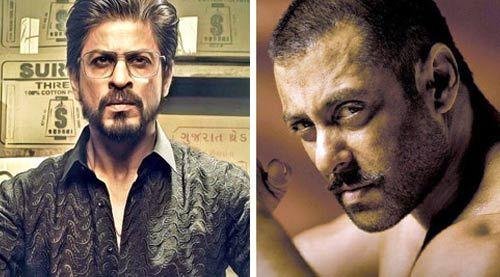 It’s no rocket science to say that every film release of the two reigning Khans viz.,Shah Rukh Khan and Salman Khan is a grand gala event in itself. Especially when these two friends-turned-foes-turned-friends–again have their respective films releasing on the same day, it is nothing short of electric fireworks.

We are indeed talking about the two films viz., Salman Khan’s Sultan and Shah Rukh Khan’s Raees, that are scheduled to be released on the same day this year (July 3, 2016). Ever since the release dates of the two films have been announced, all the eyes are totally glued on the said date; speculations were still at its peak about either of the two films getting postponed.

Well, just sometime back there were rumours that Raees has been pushed ahead to avoid clash with Sultan. However, producer Riteish Sidhwani clarified saying the news is not true.

“Some people spreading Rumours about Raees release being moved.. Like I said RUMOURS” tweeted Sidhwani.