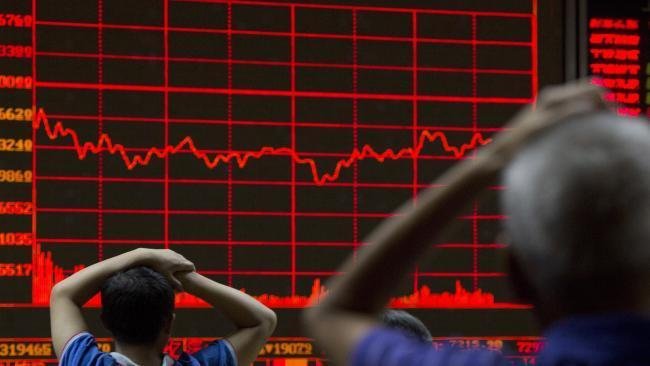 THE federal budget will be $38 billion worse off over the next four years, largely as a result of the slowdown in the Chinese economy.

That’s the view of respected economist Chris Richardson as Treasurer Scott Morrison puts together his midyear budget review due in the middle of December.

Mr Richardson, an economist at Deloitte Access Economics, said 90 per cent of the deterioration — that will see the 2015/16 budget deficit alone blow out to $40.3 billion from the $35.1 billion estimated at the time of the May budget — was due to the accelerating Chinese slowdown.

“That continues to pummel profits and so tear strips off the company tax take,” Mr Richardson said in his Budget Monitor released on Monday.

He said China’s woes had also put a “banana skin” under sharemarkets, which meant superannuation taxes wouldn’t come within a “cooee” of their pre-global financial crisis peak any time at all in the next few years.

“Budget repair isn’t urgent, we have time,” Mr Richardson said. “But both sides of politics strikingly mismanaged our national finances through the boom years and repair task keeps getting harder.”

Treasury deputy secretary Nigel Ray said last week that Australia’s potential economic growth would be about 2.75 per cent over the next few years, lower than the three per cent predicted in May.

He said it was reasonable to conclude that would “lower the path” to a projected surplus.

(Deloitte deficit forecast vs May budget)