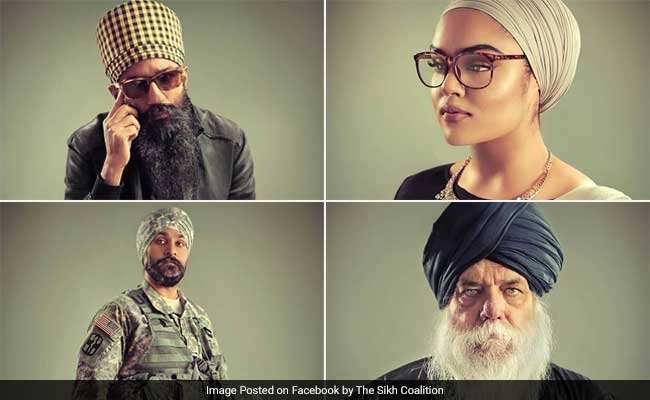 NEW YORK: A Sikh subway driver who saved countless lives by reversing a train headed for ground zero on 9/11 and a decorated Sikh-American army veteran are among the several men and women from the community profiled in an art exhibition to showcase their perseverance in the face of backlash against them after the terror attack.

As the US commemorates the 15th anniversary of the September 11 attacks today, the photography exhibition ‘Sikh Project’ will run from September 17-25 to highlight the aesthetic of the Sikh articles of faith, including the turban and beard.

The exhibition is a collaboration between civil rights group ‘The Sikh Coalition’ and acclaimed British photographers Amit and Naroop.

Featuring nearly 40 powerful portraits of Sikh-Americans of various ages, the exhibition will tell the story of the triumphs and perseverance of the community that has overcome great challenges in the 15 years since the attacks in 2001.

Among those featured in the exhibition are Sat Hari Singh, a New York City train operator who saved countless lives on the fateful day of 9/11 when he reversed the train headed for ground zero, sending it in the opposite direction.

It also features renowned Sikh-American designer and actor Waris Ahluwalia, who was not allowed to board a plane from Mexico City in February this year because of his turban.
Also profiled in the exhibition is Ishprit Kaur, a nursing student in Connecticut and Major Kamaljeet Singh Kalsi, a Bronze Star Medal recipient and the first Sikh American to be granted a religious accommodation to serve in the US military since the ban on Sikhs in the 1980s.

Amit and Naroop, in an email response to Press Trust of India, said through the exhibition they want to “break the ignorant stereotypes made in the US that all Sikhs look like terrorists.”

“In this day and age, with all the technology, information and resources available to us, for someone to still make that assumption is unbelievable. But yet it happens. It’s shocking,” they said.

The duo added that the exhibition wants to enlighten people about the Sikh faith and encourage them to embrace their identity with pride, celebrating diversity.

“We have become a society that conforms to trends dictated by celebrities or what we see on social media, TV and magazines. People are too afraid to be who they are. We have tried to show each individual with a sense of pride in their appearance, in who they are,” they said.

The duo said it was left inspired by the subjects of the exhibition.

“The Sikhs we have photographed have all faced abuse, some verbal, some physical, and yet their resolve to keep their identity has not wavered. This inner strength was inspiring,” they said.

Those featured in the exhibition wanted to send the message that they proudly wear a turban and are patriotic Americans.

The Sikh Coalition said the Sikh Project, the first-ever Sikh-American photography exhibition in the US, comes not only as America commemorates the 9/11 anniversary, but at a time when minority communities face divisive rhetoric and hate because of their faith and identity.

While there are an estimated 500,000 Sikh-Americans in the US, who have been an integral part of the American fabric for generations, the first post-9/11 fatal hate crime victim was a Sikh.