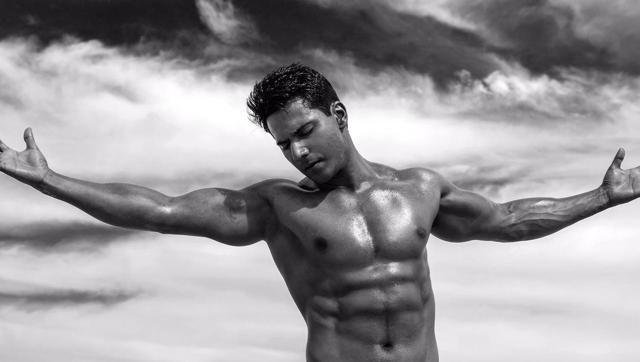 Varun Dhawan made a smashing Bollywood debut with the hit film, Student Of The Year (2012). In the past four years, the actor’s career has witnessed a steady rise. But while he admits that it is not difficult to maintain friendships in B-Town, he adds that there is no dearth of insecure people here.

“Of course, it is possible [to have friends in Bollywood]. But it is also true that the industry is a very insecure place. People get insecure. I try not getting stuck in such insecurities,” he says.

The young actor maintains that he is still in touch with his childhood friends, those he went to school and college with. “They are still by my side. Also, I am very close to people I started my Bollywood journey with — Sidharth (Malhotra) and Alia (Bhatt). I share a positive equation with them. I have known Arjun (Kapoor) from before I entered the industry; we are still thick, and so are Shraddha (Kapoor) and I. My relationships are still good, but I get less time to meet and interact with these people,” he says.

Varun also credits his fans for a major part of his success. “I am what I am because of my fans. I am able to get up every morning and give my job my best because of them. They are my fuel. It is their love and adulation that keeps me going,” says the actor.

On the other hand, Varun reveals that he feels the pressure when he works with his family members. He worked with his father, director David Dhawan, in 2014’s Main Tera Hero, and will work with him again on the sequel to the 1997 hit film, Judwaa. Varun also recently completed shooting for his next film, which has been directed by his older brother, Rohit Dhawan.“It (the pressure) is more because things often get emotional. You are more protective [about the project], and you tend to invest a lot more, mentally and physically. It takes a toll on you. But when it comes to my family, I will always go the extra mile, even if I get injured [while shooting],” says the young star.