We know that Karan Johar is set to wield the microphone again with ‘Ae Dil Hai Mushkil’, starring Ranbir Kapoor, Anushka Sharma and Aishwarya Rai Bachchan in lead roles. The release date is Diwali 2016, as announced on Twitter by the filmmaker.
But its complicated when the same date has already been locked in by Ajay Devgan for his film ‘Shivaay’, and trade circles are now discussing the possibility of a clash between the two films. Karan’s flick, apparently a remake of Rishi Kapoor starrer ‘Doosra Aadmi’, will only go on floors in October, once Ranbir has wrapped up ‘Jagga Jasoos’ and Ash completes her comeback film, ‘Jazbaa’.

KJo decided to cast Ranbir and Anushka after he saw their chemistry in ‘Bombay Velvet’, and admitted he has always wanted to work with Ash. The three agreed to the project immediately, to KJo’s relief. The buzz is also strong that ‘Khoobsurat’ hottie, Fawad Khan, will romance Ash in the movie. Fingers crossed that Diwali 2016 treats us to a KJo dhamaka!

Well, seems like Virat and Anushka are vacationing together at ‘Sabi Sabi Earth Lodge’, a safari destination in South Africa.

Virat posted a photo of himself relaxing in front of a pool in the middle of wilderness a short while ago, captioned ‘Chilling in the wild. #peaceful’. Seems like the media are taking a break from the couple and leaving them to enjoy the wilderness in relative peace and comfort. So are there wedding plans for the happy couple? The buzz is that a super secret wedding may be on the cards before the year is out. Who knows, but we’ll keep you posted on any gupshup.

Shahid Kapur’s wedding was the buzz of the town and there was continuous buzz about the invitees, specially as gossipmongers speculated if he woud invite his exes to witness his big day. But Shahid was clear about who would not attend, and his past loves were within this category. The actor has been deemed unlucky in love and apparently he didn’t want to be reminded of this at his wedding, of all days. Said a close friend of the star, “We were really surprised to read that one of his very prominent former girlfriends was talking about being invited to his wedding. Has she forgotten how she behaved with him? She went on an outdoor shoot with one of her co-stars, had what she thought was a secret fling with him and came back to Mumbai to Shahid as if everything was normal. He got to know about the ‘secret fling’ and refused to take her back. And now she wants to be invited to the wedding? What a cruel joke!”
No marks for guessing who this may be. Shahid’s exes allegedly include Kareena Kapoor, Priyanka Chopra, Anuskha Sharma, Sonakshi Sinha, Vidya Balan and a few others. Well, the boy’s now settled down so let bygones be bygones. Good luck to Shahid and Mira! Ranveer’s PDA towards Deepika at the recently held IIFA Awards ceremony in Kuala Lumpur was televised the world over. Naturally, the buzz is that Bollywood’s alleged hot couple is set to take their relationship to the next level – getting engaged. A very reliable source tells us that the couple has already received approval from their families, and will make their relationship official in February 2016. In a recent interview, Ranveer had said that he wants to be an honourable family man, and has been thinking about settling down. And Deepika’s parents are very happy with her choice, and want to see their daughter’s relationship become ‘official’. Ranveer even played host at Deepika’s father Prakash Padukone’s 60th birthday bash recently. Photographs of family gatherings featuring the couple and their families were also doing the rounds on the net. So now its only a matter of time…let’s wait and see! 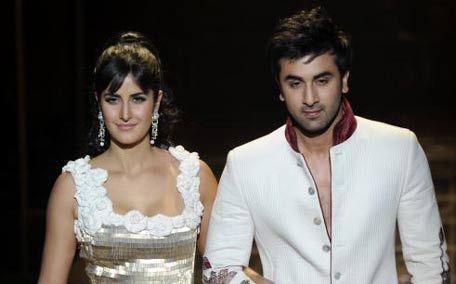 Rumour has it that Ranbir Kapoor and Katrina Kaif have finally decided to tie the knot by the end of 2016. About time, fans will say, following the news that they had moved in together. And apparently, its work schedules that have defined the date of the wedding, as both stars are busy this year.
Ranbir even commented on rumours of a ‘roka’ ceremony by bravely decalring, “Let me clear the air. ‘Roka’ happens during arranged marriages, where the two families come together and fix the match. Then the girl is not allowed to meet other prospective grooms. That’s the idea. You guys know my situation. It’s not an arranged marriage. Why would I even need a ‘roka’?” Well, Kat, who incidentally hates to be called that, turned 31 on July 16, so let’s wish her a good year ahead and here’s to hearing the sound of those wedding bells soon.

Minissha Lamba has been in a committed relationship with Ryan Tham since a while and naturally, rumours abounded of them tying the knot. And now finally, news is out that the actress and ‘Bigg Boss 8’ contestant finally married Ryan in a hush hush court ceremony on July 5.

Ryan owns the nightclub Trilogy in Juhu, and we hear that Minissha met her future husband through close friends. They both instantly hit it off and Minissha’s visits to Ryan’s nightclub were frequent. The buzz is that Ryan proposed to Minissha and was accepted. Pooja Bedi spilled the beans by posting a tween when heading for the wedding lunch saying, ‘Welcome to the family @Minissha_Lamba !!!! Hope u and My brother Ryan have a crazy fun happy loving amazing life ahead!’. She further added, “Off with My daughter @AaliaEff and son omar to ryan &@Minissha_Lamba’s wedding lunch.” Good luck to the happy couple!