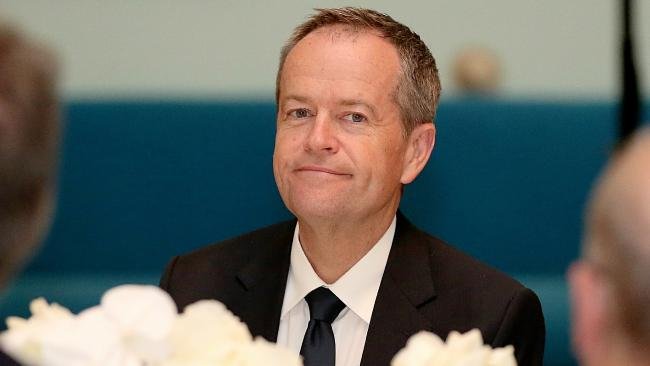 BILL Shorten wants an unprecedented joint action with Malcolm Turnbull to protect the wages of thousands of weekend workers.

The plan could lead to the first serious dust-up between the new Government and Opposition or become the first example of co-operation.

The Opposition Leader has asked Prime Minister Turnbull for a joint intervention into the Fair Work Commission case on penalty rates.

In a letter to the Prime Minister, Mr Shorten has pointed to the Coalition’s intervention in workplace matters affecting 35,000 freight owner-drivers and 60,000 volunteer firefighters.

It was a challenge to do the same on behalf of hundreds of thousands of weekend workers.

Mr Shorten’s July 15 letter invited the Prime Minister, who has yet to respond, to join him in a submission urging the Fair Work Commission preserve weekend penalty rates.

He said the offer showed Labor was “prepared to be constructive on matters of national significance”.

The commission is expected to soon announce its position on a bid to reduce Sunday penalties to the level of those paid for Saturday work.

Labor made its initial submission on March 21 and is prepared to make another if the decision is to lower the premium on Sunday wages.
In his letter, Mr Shorten said the Liberals and Labor agreed to back the findings of the independent umpire — the FWC.

“On that basis, I propose that we co-author a further submission from the Government and the Federal Opposition arguing for the importance of penalty rates and against them being cut,” he wrote.

“Given the importance of penalty rates for Australian workers and the nationwide economic implications of the FWC’s decision, I believe that a bipartisan statement on this matter will have a significant bearing on the commission’s deliberations, and its ultimate conclusions.”

Mr Shorten said the joint submission would require the Government to intervene in the commission’s proceedings.

“I note that your Government has been prepared to intervene in a number of other recent matters being considered by industrial relations bodies, including the Road Safety Remuneration Tribunal

Order and the Country Fire Authority matter in Victoria,” he wrote.

“I have been clear that Labor is prepared to be constructive on matters of national significance during this term of the Parliament. I extend this offer to co-author a submission on penalty rates with your Government in a spirit of bipartisanship.

“Of course, if your Government is not prepared to co-author a submission, low-paid Australian workers and Labor would still welcome your intervention in formally arguing against penalty rate cuts to the FWC.”

It was not accepted.

Mr Shorten has said Labor would abide by the commission’s decision but would use a submission to protest any rate cuts.

Mr Turnbull has simply said the Coalition would accept the decision.

But the Opposition wants a stronger stand “because Labor believes penalty rates are an essential feature of Australia’s workplace safety net, and a critical support for low-paid workers”.

He said hospitality workers, the main recipients of penalties along with retail workers, were in the bottom 30 per cent of Australian income earners.

“You would be aware that in March 2016, Labor took the unprecedented step of making a submission to the FWC arguing that penalty rates must not be cut,” said his letter to Mr Turnbull.

“This is the first time a political party has directly engaged with the Commission’s deliberations; I note that Labor was the only party to do so.”

Both Labor and the Coalition oppose a Greens proposal to legislate the preservation of all penalty rates.

Labor says the legislation would be too cumbersome if it covered all awards, and a future government could ope out all penalty rates with one bill.