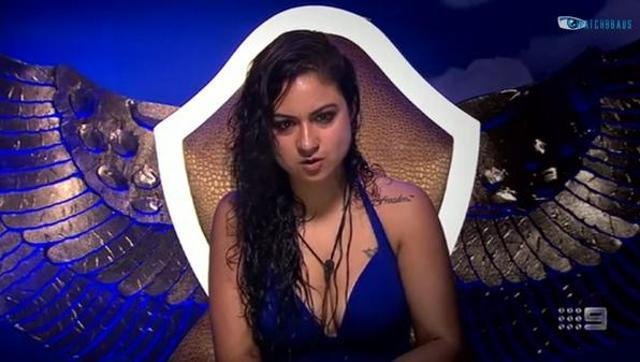 This year’s Bigg Boss can’t seem to get enough of the wild card entries: With ex-contestant of Australian Big Brother Priya Malik, the number of wild card entrants on the show is now four and it is not even one and half months into the show! Priya, who is all set to enter to the game says her experience at the international show will be an “advantage” for her.

She claims her “strategy is to not to be afraid of showing who I truly am unless I am Kishwar (Merchant) because that’s not what everyone wants to see.” The 28-year-old adds she doesn’t have any “favourites” in the house and dislikes maximum housemates, who are a mix of showbiz celebrities: “I don’t have any favourites this season… I’m talking as an audience. The list of people I dislike is a lot longer than the people I like in the house at the moment.”

Asked if she was jittery about entering the Bigg Boss 9 , Priya, who is popularly known as Posh Spice of Australian TV told IANS over phone from Lonavla: “I am not jittery at all! In fact, I have been on Big Brother (Australia), which is a similar format, if not identical. I think that puts me at an advantage.”

Priya, who is a high school teacher in Adelaide, is hails from Dehradun. She was part of Big Brother Australia in 2014, and is the fourth wild card entry to enter Bigg Boss 9.

“Other than Rochelle Rao, I do like things about her… Then Keith Sequeira . I like him if he is coming back, and I like Digangana Suryavanshi as there is nothing to dislike (about her); she has done nothing, she’s like a little statue and so I don’t mind a statue,” quips Priya, who has been living in Australia for the past seven years.

While on Big Bother in Australia last year, she reportedly faced severe racial backlash which even escalated to death threats long after getting evicted from the show. Priya has faced bullying and was trolled on social media. Asked who according to her doesn’t deserve to be in the house, Priya says, “Rimi Sen doesn’t deserve to be in the house. It’s really insulting to sign a show and to not be a part of it. I’m going to tell her like it is.”