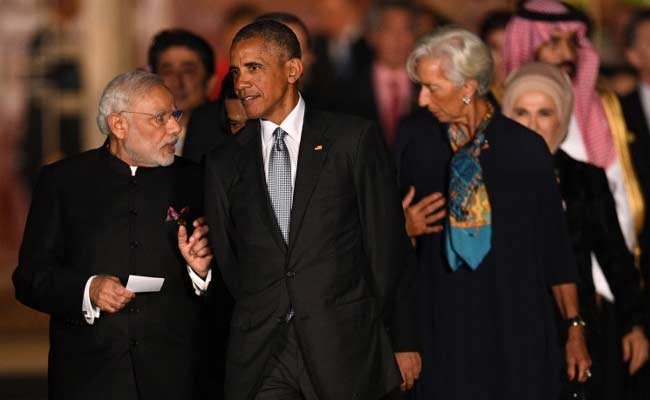 WASHINGTON:  US President Barack Obama will hold a bilateral meeting with Prime Minister Narendra Modi on Thursday on the sidelines of the ASEAN Summit in Vientiane, Laos, the White House said today.

“In the afternoon, the President will hold a bilateral meeting with Prime Minister Narendra Modi of India,” the White House said in its daily guidance released to the press.

The two leaders are expected to make brief remarks at the top of the meeting.

This would be the eighth meeting between PM Modi and Barack Obama in two years. They met for the first time at the White House in September 2014 when PM Modi travelled to Washington DC at the invitation of Barack Obama.

Prime Minister Narendra Modi exchanged views with Barack Obama on the sidelines of the G20 summit in China’s Hangzhou on Sunday, with the US president praising the “bold policy” move on GST reform in a “difficult” global economic scenario.

Barack Obama is scheduled to address a news conference in Laos immediately after his meeting with PM Modi.

He would depart for the US via Yokota, Japan for fueling, soon after his news conference.