Bankrupt Or Bankrolled? The Mystery Of Vijay Mallya’s Untouched Wealth 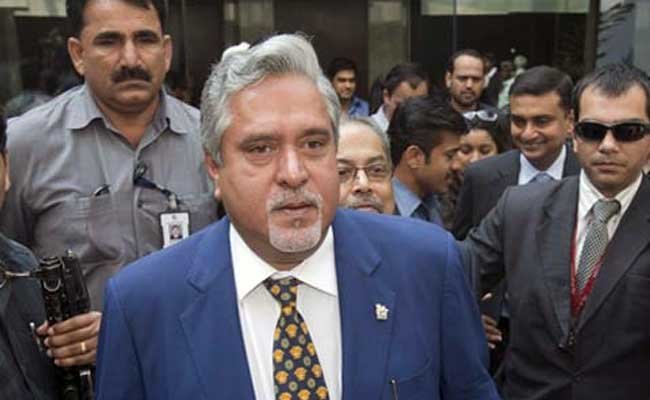 New Delhi:  Going by their public statements, the only substantial Vijay Mallya assets that banks appear to have in their possession are Kingfisher’s corporate headquarters in Mumbai and an assortment of luxury toys like yachts and private jets.

But even if all of these are sold, they are unlikely to make a significant dent in his overall debt of Rs. 9000 crores to a consortium of 17 banks accumulated mainly for his now-defunct Kingfisher Airlines.

The banks have moved court, asking Mr Mallya to declare his hidden assets but there appear to be crores of assets in plain view – for instance, the approximately Rs. 2400 crores he earned from the sale in 2014 of his stake in his spirits company, United Spirits, to Diageo.

The shares were sold by United Breweries Holding Company in which the 60-year-old has a controlling stake – directly or through a web of promoter companies. These earnings are rarely mentioned by banks even though the deal took place in 2012 by which time Mr Mallya was mired in debt. Even after the sale, Mr Mallya retains a substantial chunk of USL shares, worth almost 150 crores rupees.

Also, the entrepreneur retains a roughly 32 per cent stake in United Breweries, maker of Kingfisher Beer. The net worth of his stake at current market value: a whopping Rs. 6800 crores.

Just these assets add up to Rs. 9,400 crores. Mr Mallya claims he has pledged a good chunk of these shares to banks and lenders, and in a recent statement said that they have already recovered about Rs. 1,200 crores from selling these shares. He also says another Rs. 1,200 crores is deposited in banks to be claimed, about half of which are proceeds from his deal with Diageo.

But what “the King of Good Times” doesn’t mention is that every time an attempt is made to sell the pledged shares, he takes legal action. United Breweries’s annual report for 2014 says “The Consortium of Banks have sold in periodical lots certain investments belonging to the Company pursuant to a purported Pledge Agreement dated December 21, 2010. The Company and others have filed a suit in the Hon’ble Bombay High Court against the Consortium of Banks.”

This raises questions as to whether a combination of bank reluctance and Mr Mallya’s aggressive legal tactics keep him in possession of a substantial chunk of his wealth, allowing him to maintain his profligate lifestyle.

Back-of-the-envelope calculations by NDTV suggest that right through the time he was labelled a “wilful defaulter” by banks, he had spent or committed at least Rs. 20 crores. This includes picking up a team in the Caribbean Premier League for 13.5 crores and agreeing to pay player salaries (an estimated Rs. 5 crores annually) in February, and committing Rs. 3 crores to the Kingfisher Ultra Derby in November 2015.

For his lavish birthday party in Goa in December last year, around the time he was being questioned by the CBI about his debts, he flew down pop star Enrique Iglesias for a performance. Enquiries made by NDTV suggest that the singer’s appearance fee is about Rs. 3.40 crores.

Listed above are just Mr Mallya’s known assets and known expenses. As the Attorney General of India, Mukul Rohatgi, told the Supreme Court, the liquor baron’s overseas assets, if ever unearthed, can more than pay off the debt.

But trying to seize and dispose of those may be a long haul, given that even the wealth under the nose of banks remains perplexingly out of reach.