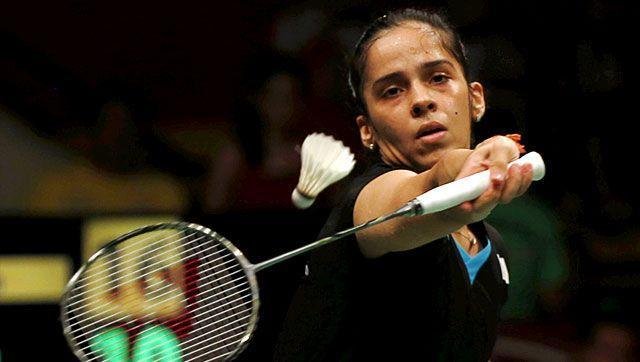 Saina Nehwal lost in straight games to badminton World Championships title holder Carolina Marin as her quest to become the first Indian world champion in badminton ended in heartbreak in Jakarta on Sunday.

The world number two Indian went down 16-21, 19-21 in the final to her numero uno nemesis from Spain in a match which lasted 59 minutes. It was the second successive loss in a major final for Saina even though the silver medal she settled for is the best performance by an Indian in the showpiece.

Saina had incidentally lost to the same opponent in the All England Championships final earlier this year.

This was India’s fifth medal at the World Championship after PV Sindhu clinched the bronze twice in 2013 and 2014 and Jwala Gutta and Ashwini Ponnappa notched up a bronze in women’s doubles at the 2011 edition.

Legendary shuttler Prakash Padukone was the first Indian to win a bronze at the 1983 edition.

With a 3-1 head-to-head record over the Spaniard going into the match, Saina had the edge on paper.

But the gritty Spaniard, who got the better of Saina in the All England finals in their most recent encounter, seemed more pumped up when the proceedings started.

Clenching her fists and letting out a scream at almost every point won by her, Carolina caught the chair umpire’s attention more than once for her antics and was even cautioned for abusing her racquet.

However, the world number one made sure that the scorecard ticked in her favour after breaking away from 7-7 when Saina sunk an easy return into the net.

Placed comfortably at 11-8 when the lemon break was taken, Carolina made it 15-9 in no time courtesy errors by Saina and some precisely-placed shots from the baseline.

The beleaguered Indian found it tough to deal with her rival’s energy and floundered when challenged on pace.

In fact, the fierce smashes, which are a hallmark of Saina’s game, came from Carolina’s racquet, the most impressive being the one with which she earned her first game point.

Down 13-20, Saina held on for a few points before Carolina closed out the first game when the Indian hit one wide after 24 minutes.