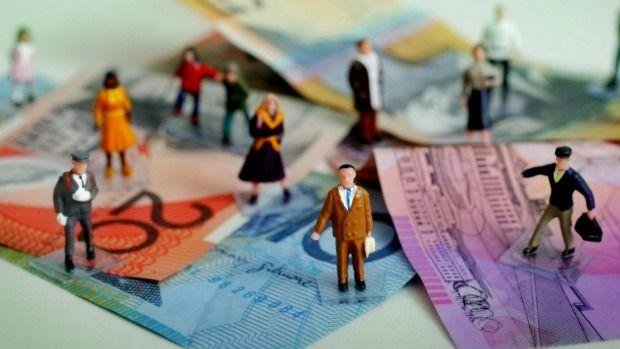 IF you’re chasing the big bucks, not all career paths are created equal.

Five industries have average fulltime salaries of more than $100,000 and one in particular dominates the $150,000-plus bracket, according to data of positions advertised on website Seek.

Mining, resources and energy remained the top-paying industry, averaging $115,000, despite salaries dropping 10.8 per cent since 2011.

Seek spokeswoman Kendra Banks said the strong salaries in construction, engineering and ICT were not surprising given their overall industry performance.

“The strong real-estate market, both residential and commercial, the investment in infrastructure projects and the significance IT is having on all aspects of our economy is keeping people who can service these industries in demand and positioning these industries as top performers in terms of average advertised salary on Seek,” she said.

Former VP of Global Services, APAC for CSG International Scott Winks said there was good money on offer for ICT leaders who can solve complex technology challenges with commercial success.

“I feel the number of senior or executive ICT roles being advertised in Australia is gradually increasing,” he said.

“As organisations embrace digitalisation and IoT (Internet of Things) technology for both cost efficiencies and customer-experience differentiation, they increasingly require leaders with a strong technology background to drive the business transformation activities.”

For Winks, salary was a secondary factor in his decision to pursue the industry, but he was confident there would be good salaries available.

David Jones, managing director Asia Pacific of recruitment agency Robert Half, says the volume of $150,000-plus job vacancies in Australia, however, would actually be even larger than the Seek statistics show as many senior executive roles are not advertised online.

“Tech candidates would have been the early adopters of (online) job boards,” he says.

“There are a lot of other professional white collar roles out there that are not going to be advertising there.

“As we move further up, a very low proportion of candidates would come through job board channels. (Employers) are much more dependent on recruiters having their own networks, direct head hunting of staff, and other channels where candidates might be passive.”