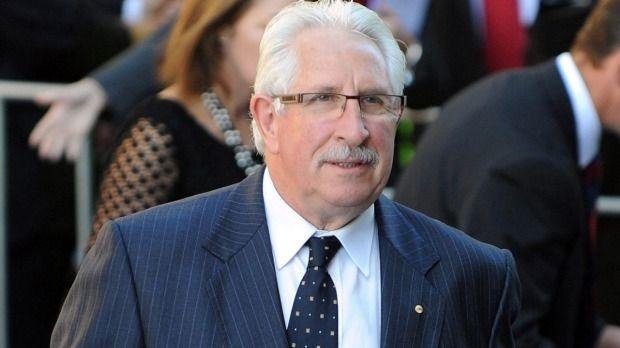 Sporting a handlebar moustache, the Tasmanian was a fan favourite nicknamed “Tangles” for his unusual bowling action.

A key figure into the launch of World Series Cricket in the late 1970s, Walker backed up quick legends Dennis Lillee and Jeff Thomson.

Former Test opener and coach Dean Jones tweeted: “So sad to hear of the passing of Max Walker.

“What a great cricketer, author and story teller. Ripper bloke whose smile lit up a room!”

Cricket Australia chief executive James Sutherland paid tribute to “an outstanding cricketer who played an important role in the emergence of successful Australian cricket teams in the 1970s.

“With ball or bat in hand, Max was always fiercely competitive. He was a genuine crowd favourite wherever he played — and nowhere more so than at his beloved MCG.”

“He was a great character, with a big smile and positive approach to life. He will be sadly missed,” Sutherland added.

With career-best figures of 8-143 against England at the Melbourne Cricket Ground (MCG) in 1975, Walker went on to enjoy a successful post-cricket media career.

He became a popular commentator and author, penning humorous titles such as “How to Kiss a Crocodile”.

Walker, who also played top grade Aussie Rules football and took a degree in architecture, was made a Member of the Order of Australia, the nation’s highest award, for services to cricket in 2011.