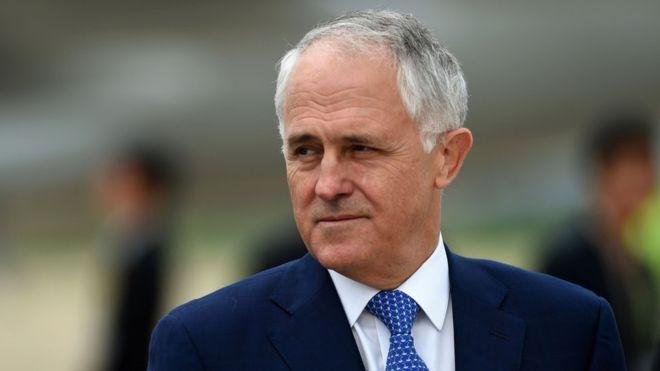 Prime Minister Malcolm Turnbull is set to discuss security with other leaders at the Asean summit in Laos.

Mr Turnbull has signalled he would like to expand Australia’s counter-terrorism arrangements with Indonesia, Malaysia and other neighbouring countries.

It comes after the so-called Islamic State threatened “lone wolf” attacks in Sydney and Melbourne.

Mr Turnbull said that such a threat should be taken seriously after IS suffered losses on battlefields in Iraq and Syria.

“As it is rolled back, as its territory is being taken back – it will resort to terrorist activities outside of the Middle East,” he said.

“But we do have to be very alert to the actions of these lone actors – individuals who … for a variety of reasons, may be radicalised.”

The Australian government is taking measures to prevent foreign fighters who could be recruited from South East Asia and Australia and Mr Turnbull is arguing for more intelligence sharing.

Mr Turnbull named the 2002 Bali bombings as an example of the danger posed to the region. The attacks killed 202 people including 88 Australians and 27 Britons.

“When there is terrorist activity in our region, very often, almost invariably in a large-scale attack, Australians can be put at risk and have, indeed, lost their lives,” he said.

“We’re all in it together, it’s got to be a very strong full-court press against terrorism. We’re committed to that and I’m looking forward to some very candid and constructive discussions over the next few days.”