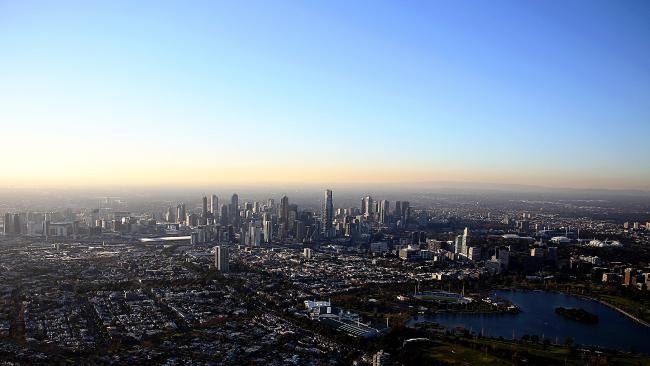 “PERVERSE” tax incentives are encouraging investors to leave tens of thousands of homes empty in Australia’s most desirable suburbs, adding fuel to the housing affordability crisis, new research has suggested.

The analysis by the University of Sydney’s City Futures Research Centre compared the 90,000 vacant dwellings across metropolitan Sydney — as of the 2011 census — with the rate of return investors made by renting out a property.

The researchers found homes in suburbs with lower rental yields and higher expected capital gains were more likely to be unoccupied, suggesting investors in those areas were focused on growing the value of their properties.

The most “vacant” suburbs were the CBD, Haymarket and The Rocks, followed by Manly-Fairlight, Potts Point-Wooloomooloo, Darlinghurst, Neutral Bay and Kirribilli. All had vacancy rates over 13 per cent.

Writing in The Sydney Morning Herald, researchers Bill Randolph and Laurence Troy claim it is a “major myth” that scarcity of housing was driving up prices, pointing the finger instead at the “perverse effects of our highly skewed housing taxation and subsidy system”.

“[There] is a clear concentration of unoccupied dwellings in central parts of all our metropolitan areas,” they write.

The researchers, pointing out the problem is likely to have gotten worse since 2011 as most of the housing being delivered is in areas with the highest number of vacant homes, argue that the number of empty dwellings could “more than account for the notional supply shortfalls”.

“Housing supply is increasingly driven by a property investment market that is failing community expectations of affordable homes in places people might want to, let alone need to, live,” they write.

“Losses against a rental investment can be offset by negative gearing and resulting capital gains taxed at a reduced rate when the property is eventually sold.

“Leaving housing empty is both profitable and subsidised by government. This is taxation lunacy and a national scandal.”

A similar study in Melbourne last year which analysed water usage suggested more than 80,000 properties, or 4.8 per cent of the city’s housing stock, appeared to be unused.

The issue of “ghost houses” left empty by often foreign buyers willing to forgo significant rental income has been a cause of controversy, although much data remains anecdotal.

Jason Anderson, chief economist with leading property advisory MacroPlan Dimasi, has estimated that a further 10,000 new homes will be purchased and left empty by Chinese buyers over the next five years.

Canada and Singapore, facing the same phenomenon, have proposed different solutions. Singapore imposes a 16 per cent investment tax on ghost houses, while in Vancouver there is a proposal to impose a property tax on all homes, with homeowners who live in or rent the property exempt.

Speaking to news.com.au, Dr Troy said it was hard to estimate what proportion of ghost houses were owned by overseas investors and how many were Australian investors taking advantage of tax breaks.

“I’m a bit hesitant to reduce it down to a single factor,” he said.

“It’s an accumulation of things building up into this large problem. But the key thing is we’ve got a very strong link now between speculative investment into housing and the massive growth in capital values.

“Linking vacancies to the negative gearing process is one of the elements to start to reveal the relationship between the processes driving the construction of new housing and people’s opportunity to enter the housing market.”