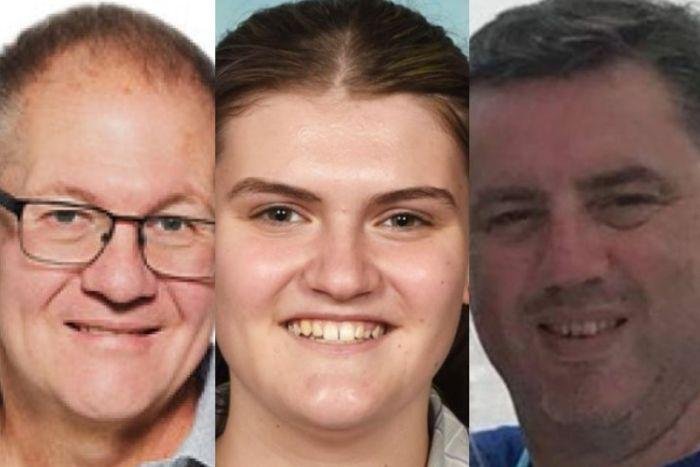 Zoe Hosking, 15, and her stepfather Gavin Dallow, 53, both from Adelaide, and Anthony Langford, 51, from Sydney have been confirmed dead.

Police have also confirmed a further person who was injured, and later repatriated to Australia, died yesterday.

New South Wales Health has confirmed it was a man who died at Concord Hospital, who is the first person to die in Australia from the eruption.

Family have requested the man’s name and age not be released.

The official number of deceased is now 16 — including 15 people who died in New Zealand and the man in Australia.

Ms Browitt, from Melbourne, was on the island with her father Paul and sister Stephanie, who were both seriously injured.

Ms Hosking was with her mother Lisa Dallow, 48, and Mr Dallow when the volcano erupted.

A family spokesman confirmed Ms Dallow had been found alive but said she had severe burns and was in a hospital in Hamilton.

Late last week, the Dallow family said NZ police had advised Ms Hosking was presumed to have died in the disaster but did not confirm her body had been recovered.

The 15-year-old was in Year 9 at St Aloysius College and the school paid tribute to her on social media last week.

“Zoe was a bright, friendly, creative young woman,” the school said in a statement on Facebook.

“Zoe put 100 per cent into everything she did and she did it with a smile. We will miss that smile.”

Mr Dallow’s father Brian said on Friday he had received confirmation from NZ police that his son’s body had been identified.

“Just coming on Christmas, we’re really going to miss him,” he said.

“He was a generous man, always helping his family and his community.”

Sydney man Mr Langford was travelling with his wife and two children, was the fourth Australian to be formally identified.

His son Jesse, 19, was identified among the injured in hospital but Mr Langford’s wife Kristine and daughter Winona, 17, remain unaccounted for.

The latest search on and in the waters around White Island has failed to find any sign of the bodies of two people still unaccounted for since last week’s eruption.

Six bodies were recovered from the island on Friday.

Navy and police divers started searching in the area again on Sunday afternoon.

Deputy Police Commissioner Mike Clement said a search was made along a stream running down the mountain to the sea.

“I had said earlier that there was one body in the sea and we are searching for that body,” he said.

“There’s every chance that the second body that we are also searching for is also in the sea.

“But we wanted to clear that area today, which is effectively what today’s exercise was about.”

But he says no further bodies were found in the area.

Deputy Commissioner Tims said police would consider how best to proceed and the weather would determine if the Police National Dive Squad would be out again tomorrow.

“While it is frustrating not to have located the remaining two bodies, I’d like to reiterate our commitment to doing all we can to provide a sense of closure to the grieving families,” he said.

There are several missing Australians who have not yet been formally identified.

New Zealand Police said the process of identifying victims and releasing bodies to their loved ones was ongoing in Auckland.

“We will continue to release the names of those who have died as soon as we are able to,” Deputy Commissioner Tims said.

“We have always anticipated recovering all bodies from the island, and we remain deeply committed to that goal, to allow families some closure.”.