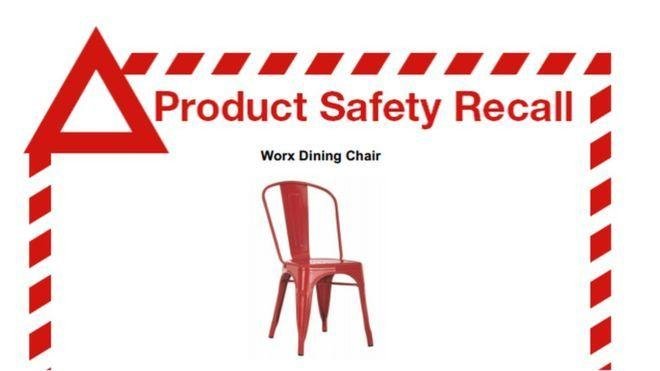 An Australian furniture company is recalling one of its popular dining chairs after claims its design has made people lose parts of their toes.

Two people have separately told Australian media they severed a toe after catching it inside the chair leg.

Fantastic Furniture said it had sold about 100,000 metal Worx chairs since August 2014.

It said it was recalling their chair because its design may cause an “entrapment or laceration hazard”.

This weekend, news.com.au reported that an 11-year-old boy had to have reconstructive surgery – but still lost the end of his toe – after catching it on a chair in October.

His mother posted a warning on Facebook saying the “super dangerous” chair had cut his toe off clean.

A Sydney man said in October that his middle toe was sliced off after he caught it on the chair’s leg while chasing his young son. He is seeking compensation.

Fantastic Furniture said customers could either return the chairs – which were on sale for A$39 (£19; $27) – or take free insert plugs which could be inserted inside the chair legs to make them safe.

It has warned that the chairs should not be used without the leg inserts.