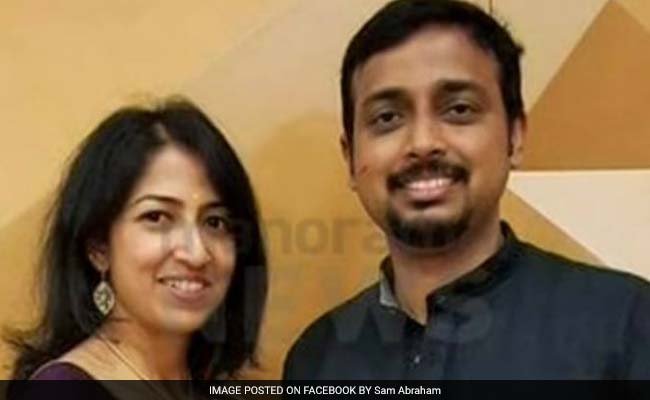 MELBOURNE:  Ten months after the death of an Indian-origin man, Australian police have arrested his wife and her paramour for allegedly poisoning her husband with cyanide.

Sam Abraham died of cyanide poisoning at his Epping home in October last year. His death came just three months after he was attacked in what police allege was an attempted murder.

All the three hailed from Kerala.

The police have charged Arun Kamalasanan, 34, of Port Melbourne, with attempted murder and a separate charge of murder while 32-year-old Sofia Sam has been charged with murder.

In a hearing recently, Melbourne Magistrates’ Court heard that police had intercepted phone calls throughout their covert probe and had about three months of phone recordings to transcribe.

In July last year, Abraham was also attacked and stabbed by a balaclava-clad man who had been hiding in the foot-well of his car at Lalor train station.

Cable ties, material scraps and handcuffs were found in his car. Abraham had received injuries to the neck, temple and cheek.
Police alleged Kamalasanan was the man in the balaclava.

The pair were remanded to reappear for a committal mention on February 13 next year.