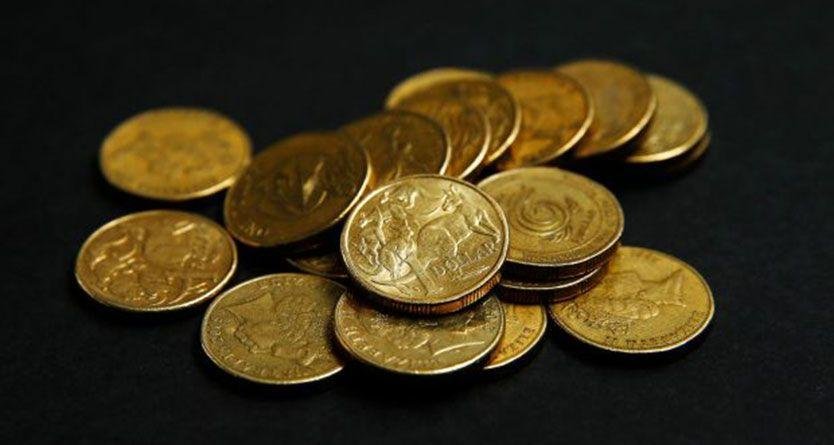 The Australia dollar fell off a two-year peak on Friday after a top central banker said there was no automatic reason for rates to rise after a recent outbreak of hawkishness by global policymakers.

“Just as the policy rate in Australia did not need to decline to the very low levels seen in other parts of the world, the fact that other central banks increase their policy rates does not automatically mean that the policy rate here needs to increase,” Reserve Bank of Australia (RBA) deputy governor Guy Debelle said in a speech in Adelaide.

Canada’s central bank increased interest rates to 0.75 per cent this month while the US Federal Reserve has raised rates four times over the past two years. Policymakers in Europe have also shifted to a less dovish stance.

That led some investors to build long positions in the Aussie dollar in anticipation the RBA might echo its global peers.

But Dr Debelle said while global influences, including monetary policy settings in other economies, had a significant impact on its assessment of the appropriate level of policy rates, “they are, in the end, only one of a number of considerations”.

“Reiterating that a higher currency removes the benefits of growth for Australia, Debelle came out swinging today. For now, it seems his efforts worked.”

The Australian dollar soared on Tuesday when the RBA said in minutes of this month’s meeting that a discussion was held on the level of the neutral cash rate, and its level was estimated at about 3.5 per cent. Traders appeared to extrapolate from the figure that a discussion on raising rates had begun.

“No significance should be read into the fact the neutral rate was discussed at this particular meeting,” Dr Debelle said on Friday.

“Most meetings, the board allocates some time to discussing a policy-relevant issue in more detail, and on this occasion it was the neutral rate.”

Dr Debelle’s speech covered the four factors – the subdued global recovery, low investment, weak wages growth despite low unemployment, and low inflation – that explain the “very stimulatory” policy settings worldwide at the moment. He discussed each one and the prospects for breaking out of them.

He said part of the reason for Australia’s lower neutral rate was that the bank estimated the long-run potential growth rate of the economy had declined by around half a percentage point from the mid-1990s.

He also explained that because monetary policy settings were more expansionary in the rest of the world than in Australia, both through lower policy rates and balance sheet expansion, this put “upward pressure” on the Australian dollar.

“So, while an easier monetary policy elsewhere in the world should lead to faster growth in the world economy, which is good for the Australian economy, an appreciating exchange rate works against this,” he said.

Dr Debelle also said it was “conceivable” that unconventional monetary policy might have a larger financial impact than movements in interest rates.

“The expansionary settings of monetary policy globally clearly have had a material influence on domestic policy settings through the impact of capital flows on the exchange rate,” he said.

Dr Debelle said the effects of these global influences on the Australian economy had been “material”.

The global economic environment and global policy settings that had been in place for the past decade had “contributed significantly” to the monetary policy settings Australia had today and would likely continue to do so for the foreseeable future.

Commonwealth Bank’s economic research team said Dr Debelle had clearly taken the opportunity to hose down interest rate expectations for a rate rise and take some of the heat out of the currency.

“Our view on monetary policy remains unchanged and we don’t yet see a case for rate rises sooner than late 2018,” it said in a note.

“To bring rate rises on the table sooner than that we would need to see labour market slack eroded further, in the form of declining unemployment and underemployment rates, and wages growth lift.”