History beckoned on day five at the Gabba, as Pakistan’s impossible chase quickly became possible, and briefly even probable, before Australia struck quickly to secure a 39-run win.

Needing a world-record 490 to win the Test batting fourth, Pakistan’s ninth-wicket partnership of Asad Shafiq and Yasir Shah chipped away at the total and Australia’s belief.

Edges were flying through the vacant slips cordon or just past diving fielders. The umpires too were feeling the heat, with Richard Illingworth ridiculously giving Yasir out LBW for a ball that would have missed the stumps by an awfully long way. Yasir’s review was quickly ruled successful.

Yasir Shah is run out 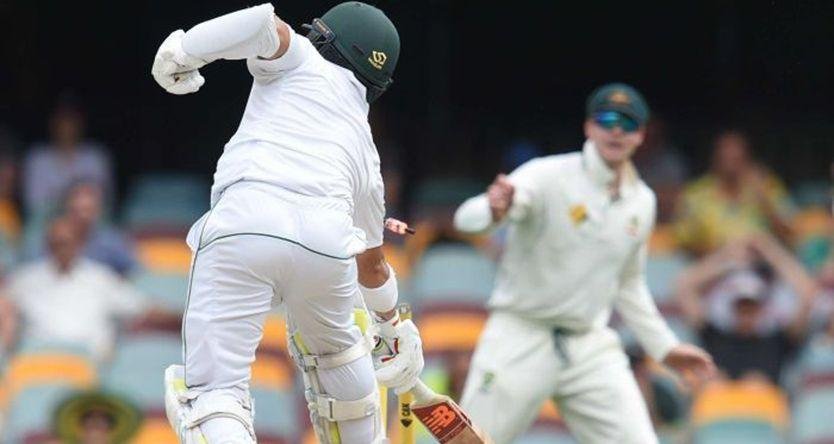 PHOTO: So close, yet so far… Yasir Shah is decisively run out by Steve Smith. (AAP: Dave Hunt)
Pakistan got the required runs down to just 40 before losing a wicket, when the excellent Shafiq was undone on 137.

There was always a feeling that one would quickly bring two for Australia, and so it proved.

Yasir, on 33 and apparently short of confidence in number 11 Rahat Ali, went walkabout after defending a Starc delivery, allowing a sharp Smith the chance to throw down the stumps from the slips cordon.

Pakistan’s resistance would end in the space of four balls, but its incredible performance through the last two days of this Test will have changed the complexion of the series ahead of Boxing Day in Melbourne.