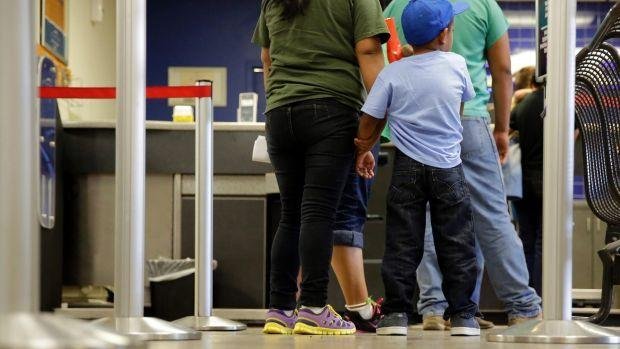 k: Australia’s humanitarian refugee intake will be set permanently at almost 19,000 per year and will now include a component of Central Americans under a series of pledges offered by Malcolm Turnbull in New York overnight.

At Barack Obama’s invitation-only special summit on the refugee crisis, the Prime Minister has also stumped up fresh cash.

A new commitment of $130 million will go towards providing aid to displaced persons across the world, as well as more resources for migration agencies facing funding uncertainty. .

Under his new formula, Australia’s slated increase in the regular humanitarian intake from 13,750 to 18,750 has been effectively made permanent, over and above the skilled migration intake and irrespective of Australia’s special intake of 12,000 refugees from the Syrian and Iraq humanitarian crisis. Tony Abbott originally announced the increase but never promised it would be permanent.

And that bolstered intake will now include Central American refugees currently housed in camps in Costa Rica – a pledge described by one observer as Mr Turnbull’s “price of entry” to the summit. However, another theory suggests a potential quid pro quo arrangement, which could see the US resettle refugees stuck in Australia’s offshore detention centres on Manus Island and Nauru.

Refugees in the Costa Rica camps are from the violence-stricken “Northern Triangle” countries of Guatemala, Honduras and El Salvador.

“This complex crisis requires a full spectrum of responses,” Mr Turnbull told fellow governments, advocating determined policy based on a mix of principle and pragmatism.

“As leaders, we are responsible for helping those who are most vulnerable, and restoring the integrity of migration systems.

“Our strategy addresses all parts of the problem – employing strong border protection policies and a tough stance on people smugglers, while tackling the causes of displacement, with a generous and compassionate resettlement program supporting refugees in our communities.”

During a speech to the UN on Tuesday, Nauru’s Justice Minister David Adeang called on other countries “to assist in finding durable resettlement solutions” for the 942 refugees on the island.

“This is the critical missing component,” he said.

Mr Turnbull again used his intervention to stress the critical pre-condition of establishing strong border policies in order to secure public support for subsequent increases in resettlement and assistance for more of the estimated 63 million displaced persons currently on the move across the globe.

Those comments had particular resonance in the US, where terrorist attacks have prompted widespread public questioning of American immigration system – especially Muslim immigration.

As a first world country, Australia will also increase its current commitment of $220 million aimed at helping those on the ground in conflict zones.

“I can announce that Australia will commit an additional $130 million Australian over the next three years in support of peace-building and assistance to refugees, forcibly displaced communities and host countries. This multi-year commitment will give greater certainty to aid delivery organisations and facilitate longer-term planning.”

“Australians support these actions because they have confidence that our migration system is well managed. This confidence is a key pillar on which our successful multicultural society is built (but) allow public trust to erode and the mutual trust that binds us will similarly falter. As leaders, we must always choose laws and policies that develop strength and unity over weakness and division.”

“The money is welcome but it still falls well short of what Labor has committed. It’s over three years and it’s in the context of having cut funding to the UNHCR,” he told Sky News.

Mr Marles said it was essentially a commitment not to break a promise and was “smooth talking” to cover up failure at the Nauru and Manus Island detention centres.

Oxfam expressed disappointment that there was little actual increase to the humanitarian intake, describing the announcement as a “step in the right direction but not a new announcement”.

“We welcome the government’s promise of $130 million over the next three years to support assistance to refugees and we look forward to seeing the details of how it will be used,” chief executive Dr Helen Szoke said.

“Oxfam is calling on governments – especially rich ones – to commit to welcoming more refugees.”

Going into the summit, Mr Turnbull described that border control as “critically important”.

“Unless you have that, you will not get the public support and the confidence you need to take the 12,000 refugees from the Syrian conflict zone in addition to the 13,750 refugees that come in through the regular program, increasing to 18,750 over the next few years,” he said.

Without that control he said, “you don’t have the public license to have a generous humanitarian program and of course you are simply providing a product for people smugglers to sell and we must deprive them of that – as we have done so in Australia”.