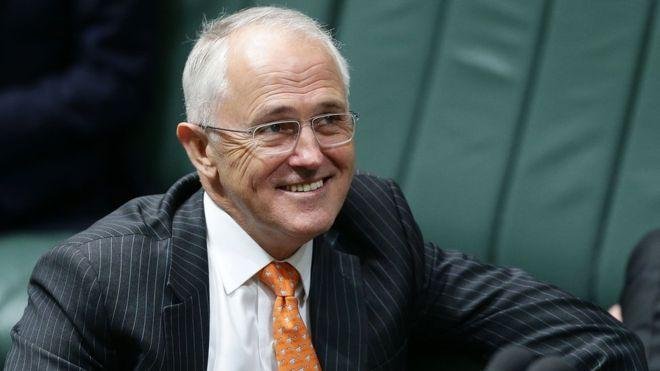 Australian Prime Minister Malcolm Turnbull has confirmed he intends to call an election for 2 July.

On Monday Australia’s upper house, the Senate, rejected a piece of government legislation for a second time.

This provided Mr Turnbull with a trigger for a so-called double dissolution election.

Mr Turnbull said at a press conference on Tuesday that he intended to ask the governor general to dissolve parliament after the budget on 3 May.

He said calling the double dissolution was about “giving the people their say”.

What is a double dissolution election?

Australia’s constitution allows for an early election to be called when the Senate twice blocks a piece of legislation that has been passed by the lower house, the House of Representatives. Although ostensibly designed to resolve political deadlocks, in practice it has largely been used opportunistically by governments who see an advantage in going to the polls early.

The government will position itself as the party best placed to transition Australia from the mining boom through to a new phase of economic growth. Labor, conversely, will run on a “people first” platform of health, education and nation building.

How do the leaders stack up?

Mr Turnbull is, well known to Australians through his prominent public life as a barrister and advocate for the republic, is the clear frontrunner. But he has been losing ground to Mr Shorten in the polls.

Mr Turnbull will attempt to paint Mr Shorten as a union lackey who cannot manage the economy; Mr Shorten will say Mr Turnbull is an out-of-touch protector of greedy banks leading a divided party that stands for nothing.

How many seats does Labor need to win?

Mr Turnbull said that if the ruling coalition wins the election, “as I believe we will, we will return and the reforms to registered organisations and the reintroduction of the Australian Building and Construction Commission (ABCC) will be made law”.

Earlier in the day opposition Labor leader Bill Shorten addressed the party’s caucus, reportedly saying of the government that “beyond Turnbull’s popularity, they now have nothing”.

“They are going to have a civil war. It’s a choice about whether they have it in government or in opposition,” Mr Shorten was quoted as saying.