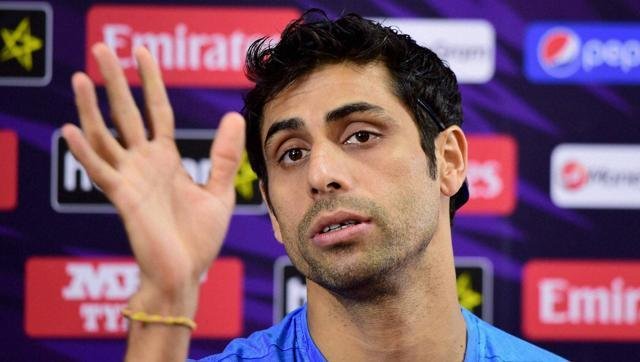 Indian fast bowler Ashish Nehra was trolled by social media users on Tuesday when he said that he is still “using his old phone” and doesn’t have social media accounts like Facebook and Twitter.

“You are asking this question to a wrong person because I am somebody who is not on social media. I am still using my old Nokia so I am not on Facebook, Twitter and Instagram. I don’t read newspapers. Maybe I belong to the old school of thought,” Nehra told reporters when asked about the social media rivalry between India and Bangladesh ahead of their ICC World Twenty20 match in Bengaluru on Wednesday.

No sooner Nehra made these comments, people began to troll him on Twitter with some teasing him for using an old phone.

Not far behind was the Board of Control For Cricket in India, which also, on a lighter note, tweeted: “Dear @virendersehwag pa, can you please get Nehra ji on social media?.”

Virender Sehwag replied by tweeting, “I will try my best.”

Even India opener Rohit Sharma joined the banter and replied with a tweet reading, “And the irony is Ashish Nehra ji is on trend, but he can’t even get it.”