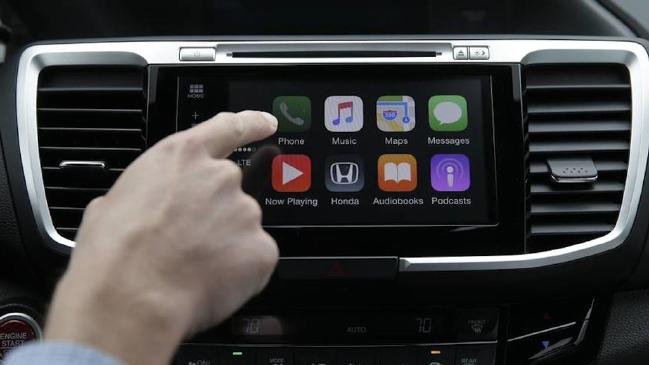 YOU could be driving an Apple Car within three years, assuming you have deep pockets because while Apple may do cars it will never do cheap.

Analysts looking to crack the nut on if Apple is serious about entering the car market come up with the same conclusion: Apple will make the Apple Car because it offers one of best potential areas for future company growth.

When Apple CEO Tim Cook was put on the spot by the US 60 Minutes last month about the prospect of an Apple Car, he didn’t just choose to deflect the question but did so with emphasis.

“One of the great things about Apple is we probably have more secrecy here than the CIA,” Cook said.

Until Cook stands on a stage and unveils the Apple Car, nothing is certain. As Apple often says, the company tries many product ideas but chooses to proceed with a select few.

But there is growing evidence that the Apple Car project has the momentum to go from idea to implementation.

The Wall Street Journal recently reported that Project Titan, the code name for the people working on an Apple Car, was set to be expanded from its current size of 600 people to 1800 with a target shipping date of 2019.

Just as when Apple hired a string of fitness experts, including Jay Blahnik, in the lead up to the Apple Watch, Apple’s recent hires is a hint of what is to come with the new recruits including experts in automated driving from Volkswagen, Tesla and research hubs.

While Google has long been public in its push for the self-driving car, analysts believe the first Apple car will be electric but not necessarily fully autonomous.

Wall St firm Jeffries recently released a 68-page document on the future of an Apple Car in which analyst Sundeep Bajikar said Apple is “well positioned to introduce a car, potentially as early as 2019”.

The report predicts the car would sell 200,000 units in the first year with a sales price of about $75,000. If the prediction is true, that would be about four times as many electric cars Tesla sold in 2015.

Apple is said to be looking at the BMW i3 electric vehicle as a possible model for the Apple Car. BMW chief executive Harald Kruger refused to confirm the rumour recently when confronted but called it “a nice idea”.

Former Apple executive Jean-Louis Gassee, in a blog on the possibility of the Apple Car, sees an advantage in Apple’s familiar strategy of letting others rush to market and then leap frogging them by coming later with a better version.

“By the time the putative Apple Car comes out, finding a charger won’t be an issue,” he said.

Gassee predicted Apple, if it does make a car, would borrow a strategy that has worked for it in the smartphone battles: eliminate choice from the product line.

Just like how the T-model Ford came in every colour option so long as you just wanted black, Gassee said Apple would keep its car to one colour option which would probably be white.

John Feland, CEO and founder of Argus Insights, said Apple had learnt from the Tesla example and was keen to follow the lead.

“Tesla proved you could make cars with a virtual manufacturing way, a capability that has been evolving slowly over the past 30 years as automotive companies have pushed more risk and capability down the supply chain,” he said.

“Nothing could stop Apple from doing the same thing. In fact, market dynamics almost demand it.

“Apple needs to find another market to expand into that not only has good hardware margins but also potential for recurring revenues from users.

“Given the stagnation in smartphones, the slow growth in wearables, Smart Home and Smart Cars are the two markets offering the biggest growth potential for Apple.”