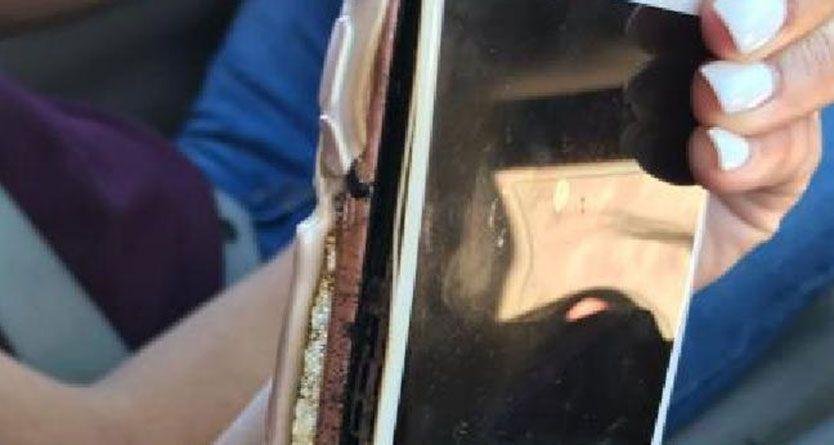 THIS is the shocking moment an Apple fan’s iPhone 7 Plus caught fire and then exploded.

In her video, smoke can be seen pouring from a gaping hole in the side of the phone, which has been twisted and bent by the heat of the overheating battery.

The Sun reports the incident echoes the Samsung exploding phone scandal, in which millions of fire-prone phones were recalled.

“So my iPhone 7 plus blew up this morning — was not even using it, literally no explanation for this,” she tweeted.

She had recently brought her iPhone to an Apple Store, because it wasn’t working properly.

But after it started operating normally again, the smartphone suddenly burst into flames for no apparent reason.

“I was asleep with my phone charging next to my head, my boyfriend grabbed the phone and put it on the dresser,” she told Mashable.

“He went the [sic] rest room … and from the corner of his eye he saw my phone steaming and [heard] a squealing noise.

The tech giant is now investigating the incident.

“We are in touch with the customer and looking into it,” Apple wrote.
Last year, Samsung recalled its latest flagship Galaxy Note 7 smartphone after a number of devices exploded while being charged up.

At this stage, the exploding iPhone appears to be an isolated incident.